University of Worcester’s graduates of integrated masters in touring theatre bring with them to Brighton a comedically thrilling production which makes you question society and the concept of truth like never before! From a pact made between our three characters (with yoghurt pots!) to never be dishonest, to the truth paving the way towards much darker outcomes, audiences are left wondering “Are lies essential foundations for the world we live in?”. Not only is this performance thought provoking but it also has you howling with laughter at the end of every line and with three contrastingly eccentric, quirky, hilarious characters truth be told was destined to be brilliant from the start!

Without a doubt, Neve Ricketts, Elly Datson and Lauren Gardner deserve to hear the applause of millions for their masterful crafting and the incredible embodiment of each of their characters. Gigi (played by Neve Ricketts) is belly achingly funny due to her ditsy, impressionable personality and over dramatized emotional responses to the action. Her character would not be complete however without the amazing performance of Liv (played by Lauren Gardner) a feminist conspiracy theorist who loves to fill Gigi’s head with all sorts of hyperbolic ‘truths’ – it is the relatable relationship between the cast which makes this play such an enjoyable watch!

If in Brighton (or on the other side of the country!) this show is a must see. 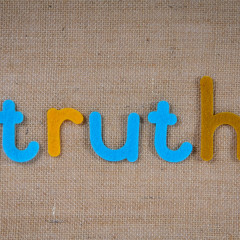