In a move that few saw coming, Dwayne Johnson has come out with a rap verse in Tech N9ne’s newest single, Face Off. The actor’s verse closes out the track in an energetic fashion, where Johnson spits lyrics such as: “Black and Samoan in my veins, my culture bangin’ with Strange / I change the game so what’s my m**********n’ name (Rock).”

The track is accompanied by a high budget music video, in which all rappers including Johnson can be seen performing the track. Although Johnson stated the track was his first foray into rap on Twitter, this is not the first time that the ex-wrestler has lent his vocal to a hip-hop track. In 2000, Johnson featured on a track from Wyclef Jean, called It Doesn’t Matter. In the track he was recorded shouting his wrestling catchphrase.

Johnson also appeared on the track Pie, for WWF: The Music Vol. 5, in a lighthearted track that came out in 2005. In the song, he showcased his rapping skills for the first time, although his feature on Face Off is definitely more aggressive and punctual.

In an interview with Variety, Johnson mentioned that he recorded his verse for the track in only one take, after getting “a bit lit” from drinking his tequila brand Teremana. He and Tech N9ne first met pre-pandemic, on the set of the HBO show Ballers. Johnson said: “When Tech texted me, I knew I would make this work. We’re aligned, just in terms of our work ethic and desire. When Tech and I first met years ago on the set of Ballers, we were talking about this idea about being the hardest worker in the room. He said something that I really appreciated: basically, ‘There could never be enough food in this room or on this set that could make me full because I always want to be hungry.’ I just love that.”

Tech N9ne initially wanted Johnson to record a motivational speech for the outro of the track, but instead he opted to rap. The rapper mentioned: “This is an energy song. This is going to get people pumped up to lift weights, pumped up for fights, pumped up for the game. Period, and what better person? Not Conor McGregor. I don’t know him. I know The Rock.”

The actor has featured the track in the promotion for his new collection of activewear in collaboration with Under Armour, called Outlaw Mana. Although he has stated that he doesn’t necessarily want to launch a career in music, he mentioned that he would be open to collaborate with other artists. He explained, “If the song is right and if the collaboration feels real and authentic, I would love that, I would love to do a repeat with Tech N9ne and Strange Music. If I had the opportunity to collaborate with another artist out there — hip hop artists, blues artists, outlaw country artists — then let’s talk and let’s figure it out. If I could rap about the right words that feel real and authentic to me, then I’ll be happy to break out that Teremana, take a few big swigs and jump back into the studio.”

Prior to his newest musical appearance, The Rock has been continuing to make waves with his acting in recent blockbusters Moana and Jungle Cruise. He is a jack of all trades though, and is a gym fanatic, a retired wrestler, a potential political figure, and has undergone many business ventures such as his tequila brand, energy drink company and clothing line.

Face Off is featured on Tech N9ne’s upcoming album, named Asin9ne, which is due to be released Friday. 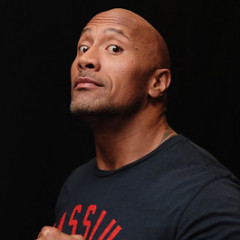