I’ve written and rewritten this piece so many times, trying to find something new and interesting to say, or to offer some considered and measured response to the vitriol witnessed over the last few days. But I don’t have anything. What can be said today that hasn’t been said yesterday, or last week, or last year?

On Sunday, a team of young, passionate and talented footballers carried the England men’s team to a final for the first time since 1966. For a brief moment the country (largely) came together to celebrate that success, and briefly imagine what could have been. But then, the illusion of unity dissolved under a deluge of hatred.

I can’t even say I’m surprised. As Marcus Rashford missed his penalty I said to my girlfriend that social media was going to be an ugly place for the next few days. It’s disappointing to be right. When Jadon Sancho and Bukayo Saka then missed theirs, it was all but inevitable.

Why? Because this country has a problem with racism.

It’s a simple statement, and only the truly ignorant would refute it. It’s not saying that everyone in the country is racist, or that people of colour are unable to achieve anything within the confines of British society. It is simply saying that, for all the hand-wringing and declarations that ‘All lives matter’, the reality is that discrimination is systemic and we simply don't have equality of opportunity for all. Whether you want to acknowledge it or not, your name, your faith, or the colour of your skin is enough to hinder your progress in life.

This team has performed phenomenally this last month. They have gone toe-to-toe against outranking countries filled with exceptionally talented footballers and they’ve won. Yes at times it has been scrappy, and no, not every win was convincing. But they went out there, sometimes against the odds, and they held their heads high – and allowed English fans to hold their heads high too.

What’s more, they did so with class, with humility, and with the knowledge that they have a platform to inspire a nation and the world. Before each match, every player took the knee to send a message that racial discrimination and inequality is unacceptable.

There were those who viewed this as an attack on their very existence. “How dare these players take a knee?!” “Black Lives Matter has nothing to do with football?!” “Leave the politics to politicians and focus on the match!” Our own Prime Minister and Home Secretary felt it appropriate to suggest such actions were “gesture politics”. They gave tacit consent for racists to boo at the players, stoking the flames of their fabricated culture war, and then have the gall to decry the resulting abuse.

Politics touches every aspect of our lives, and sport is no exception. Remember when every politician had a response to the idea of a European Super League? Why did they believe it appropriate to wade into that debate, but offered nothing but silence or scorn at a 23-year-old football player trying to ensure that children didn’t go hungry?

Yes, I know the racism was from a vocal minority, and no, not every England fan is a racist. But, every racist is wrapped up in a St George’s flag, content to let people of colour exist when they’re being a ‘good immigrant’, but ready to denigrate at a moment's notice.

It’s not enough to characterise these racists as a small subsect of society with disproportionate reach. To be offended when someone says there is a problem with racism misses the point and further empowers those who have bought into the culture war narrative. If you truly believe ‘All lives matter’ or racism has no place in this country, prove it. Call out racism where you see it. Challenge your friends who make those casual comments. Make living in Britain as uncomfortable for these people as they make it for us.

The England team was nothing short of fantastic, and I truly believe their impact on the younger generation will be nothing short of transformative. Now we just need to work together to be a country worthy of their efforts. 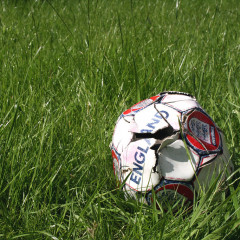