The second stop of my gap year was a ten-week volunteering programme in Nicaragua and Costa Rica with a charity called Raleigh International. The programme was split into three phases: environmental, community and trek, each lasting 19 days. I’ll be writing about each phase in separate articles; this is just about the programme in general and why I chose Raleigh.

I have always wanted to do volunteer work, and my gap year seemed like a sensible time to do so, particularly abroad. I am equally passionate about helping both people and the environment, so it made sense to look for a programme that focused on both areas, and I saw it as a good opportunity to work on my Spanish, which I took for A-level but was not at all confident in when it came to speaking. A representative from Raleigh International came to my school for an event on our options after leaving, and told me a little about the charity and the work they did. A couple of other charities were also present, and I took brochures from them all and went away to do some research.

The first thing that drew me to Raleigh was its structure. Several other charities offered a range of programmes focusing on different areas of social and environmental work which were definitely enticing, but they worked in the countries they were based in year round and you could essentially turn up and leave again at points of your choosing. Raleigh, on the other hand, offered programmes that ran for specific dates, and everyone started and finished at the same time. I thought that would make it much easier to make friends, as everyone would be in the same boat. I’m also, generally, a big fan of planning. I like things to be structured, so Raleigh seemed like the better option for me.

While Raleigh was not the only organisation that offered both environmental and social work, it offered a trek that was somewhat unique among those I looked at. A 19-day, 260km trek was not what I was looking for at all - I’m really not a very outdoorsy person - but it started looking like an irresistible challenge. It would have been very easy not to choose Raleigh because of it, or to opt to do their seven-week programme instead, and not do the trek, but that felt a lot like giving in. Honestly, I genuinely didn't think I was physically capable of completing a 260km trek, which was exactly why I wanted to prove myself wrong. If I could do that, I could do anything; or that’s how it would feel, anyway.

So, Raleigh was looking more and more like the best choice. To be sure, I attended an information event in London with my mum where they told us more about the in-country work the charity does, which convinced both of us that it was the right programme for me. I looked at the options for expedition dates and chose the October-December programme, wanting to do it at the beginning of my gap year so that it - okay, the trek - was over early on and I didn't have to be nervous about it all year. Choosing Nicaragua and Costa Rica over the other locations (Malaysian Borneo, Nepal and Tanzania) was easy; as exciting as the other places would undoubtedly have been, I wanted to practice my Spanish. I signed up at the beginning of January 2017 and was informed I had a place on the expedition just days later. Now I just had to raise £3250.

Yes, you have to pay to do most overseas volunteering. Obviously, I knew I wouldn’t get paid anything - it’s volunteering, duh - but I was mildly surprised that I had to pay to do it. It costs a lot for a charity to host volunteers, however, as they have headquarters, medics, food, insurance and whatnot, it makes sense. The cost of Raleigh’s ten-week expedition is £3450, which they explained doesn’t actually cover the cost of a volunteer going out there; I believe the money goes into the charity like any other donation, and is split between funding their in-country work and their work worldwide. I was happy with that, but I sure as hell did not have £3450 lying around. I’d paid the £200 deposit when I signed up, but I was still £3250 short.

Fortunately, Raleigh are aware that most people don't have that kind of money, so they encourage volunteers to fundraise instead. I decided to do a sponsored event first to raise some of the money, and then sell baked things and do odd jobs to make the rest. Since part of the expedition was a trek, I chose to do a sponsored walk-to-school. Not from my house, since I live nearly an hour’s drive from my school and it would’ve taken about 7 hours - and walking down narrow, winding country lanes where I live in the dark (since we would have had to leave at 1:30am to make it to school on time) didn’t sound like a sensible idea - but from nearly halfway. One of my best friends agreed to join me, and I told my whole school, my dad’s work colleagues, my drama school and everyone on Facebook what I was doing. The support I got was incredible, and I managed to raise almost £2500. Some babysitting, tutoring and a tiny bit of my own money when the fundraising deadline was upon me made up the rest, and I was thrilled by what I’d managed to achieve before I’d even done the expedition.

There was another expenditure, however: equipment. I was given an extensive equipment list by Raleigh of the items that were essential, recommended and optional, and it was not a short list. Not only did I need a rucksack and good walking boots - both expensive but worth splashing out on - I needed a roll mat, sleeping bag liner, work gloves, duct tape, bungee cords, a head torch, chlorine tablets and a bunch of other things I’d barely even heard of, let alone knew how to use. A couple of trips to Blacks later (they give you a discount if you have proof you’re buying things for volunteering) and I was fully kitted out, if slightly daunted and extremely terrified.

I packed, unpacked and repacked my rucksack at least five times in the week leading up to my departure, only to do the same once I got to Florida (I had a two week holiday in Florida before the volunteering began; read about it here). I was extremely nervous but very excited when I boarded the flight from Florida to Managua, and I didn’t really know what it would be like. What I definitely didn’t expect, however, was to meet some of the most selfish, conceited and heartless people I’ve ever met in my entire life. 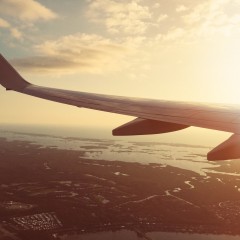 Volunteering Abroad - Not What I Signed Up For, Part 1