First things first! This list has no cohesion. In fact, these were just the first soundtracks I could think of that I love. They are not measured off musical excellence, as I am not qualified to judge what is good music. Instead, this is a list of films and TV shows that would not be the same without their music. Some are more serious than others – but all have excellent soundtracks. Let me take you through my top seven, with a song pick at the end of each one!

Music doesn’t get any better than the 1960s, making a Mad Men pick an obvious choice. The TV series follows an ad agency in New York from 1960-1970, each episode ending with a song from the year the episode is set in. If you’re bingeing the series it's a way you notice time is moving on without being explicitly told. From the opening sequence to ‘Zou Bisou Bisou’ the music fits with the story perfectly, and is part of the reason it is such an iconic television show.

Time for some lowbrow choices. Some of you may laugh but I will hear no slander, it is a strong soundtrack. The iconic sound of ‘Funky Town’ as they enter Far Far Away, Puss and Donkey’s performance of Livin La Vida Loca. Perfection! This film has banger after banger that makes it the perfect kids film!

A magical film needed a magical soundtrack and Alexandre Desplat provided one. Mr Moustafa’s theme is as iconic as the pastel colour palette itself, providing a fantastical feel to the film. The music changes with the story, softer when Agatha is on the screen and frantic in its action sequences. As soon as you listen to that soundtrack you are transported to the fictional world of Zubrowka.

Childhood nostalgia has really helped form this list, but unlike Shrek 2, the music in Charlie Brown’s Halloween special is uniquely crafted rather than pulling together pop hits. Jazz pianist Vince Guaraldi is the genius behind the iconic Charlie Brown theme, but he isn't a one hit wonder. The whole soundtrack is charming and flawless, and doesn’t patronise the children watching, giving them adult music that will stick with them.

Guaraldi is so good I had to mention him twice, this is easily my favourite of the two soundtracks. It's one of those that makes you tear up when you listen to it, and you’re not sure if that's a good thing or a bad thing. Unusually for something Christmas themed it is quite haunting. Yet it is still undeniably beautiful, with the characters singing classic carols, giving it a pure innocence that’s difficult to find in Christmas music these days.

Technically two television shows, but as ‘Ashes to Ashes’ is a follow up to ‘Life on Mars’ I’ll put them in the same box. Both series are about modern day police officers being sent back in time. ‘Life on Mars’ takes Sam Tyler back to 1970s Manchester with the titular song playing as his car crashes and he wakes up in the past. As he discovers he has travelled back in time the music becomes louder and it is chilling to watch. ‘Ashes to Ashes’, set in the 1980s, has an upbeat soundtrack that parodies police shows from that era. Similar to Mad Men, the music is what immerses the audiences in these time periods, the perfect way to communicate setting.

Yes, I know! I’m cheating by having both, but they are wonderful for different reasons. ‘Pure Imagination’ is a glorious song that captures the essence of the book, and transports you to Easter Holidays when the film was on television. However, I do love the varied yet specific songs from the Oompa Loompa’s in Tim Burton’s version. Bonus points from me if you can make it catchy, which they certainly do. 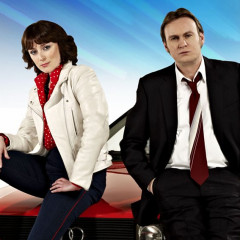