Voice MagBlogsWhy it is time for t…

It is a polarising argument but here is why I believe the monarchy has no place in a modern British society.

The British monarchy is a profound symbol of inequality in this country. Through representing and legitimising elitism they normalise having separate rules and circumstances for the rich compared to the rest of the populace. The very idea that somebody is automatically better than you or has more power, because they were born into wealth is archaic, and counterproductive towards achieving equality. As the monarchy is an institution that has existed for centuries it feels this message has been normalised to the extent that class inequality feels part of British society’s DNA.

Take politics for example. The same wealthy individuals are always in power, their policies and ineptitude generally harming ordinary people. Is it any wonder this is the case when positions of power, such as the monarchy, are obtained by your circumstances of birth?

It is not just symbolic power that the British monarchy possesses, but actual corruptible power that means members of the family can get away with breaking the law and negatively impacting the lives of vulnerable individuals. For example, Prince Andrew’s connection with Jeffrey Epstein, and the alleged sexual abuse of underage girls, despite worldwide scrutiny, has not garned any real punishment. Prince Andrew is a concrete example of a powerful individual abusing his position because he knows he is less likely to be held accountable thanks in part to a powerful and untouchable family.

This is more than him just being a ‘bad apple’. Abusers and criminals are shaped by their environment, meaning there must be something institutionally that convinces him that his behaviour was alright. No, the royal family are not the only elite establishment who use their power to get away with crimes. However, the fact that so many regard this family so highly, perhaps looking up to them as figureheads, sends out a disturbing message – if you have enough power you can damage someone else’s life and get away with it.

It is clear that the whole institution is flawed, their failure to properly address the case of Prince Andrew a sign they will not hold themselves accountable. The monarchy is unwilling to move on from its corruption, and thus is a hindrance to improving British society.

There are also more general rules and laws that do not apply to the royal family, that seem unjust and corrupt. Their privileges range from the sovereign being unable to be prosecuted under a civil or criminal investigation, to exemption from certain taxes.

The most worrying of all, however, is their exemption from the Freedom of Information Act. This gives the royal family privacy over their day-to-day activities and finances, meaning the public are not entitled to know where public funds are spent or if/how the royal family has influenced government policies.

People would like to have good faith and presume the royal family would not exploit their position, and argue there has not been any evidence for them doing so. The fact they can and the public would be none the wiser, however, shows how deeply flawed the system is. The fact that individuals – based on their circumstance of birth – can flaunt these rules seems bizarre.

Now I know what you’re thinking. There are some positive aspects to the royal family. Heritage, tourism, national pride? It is understandable why events such as the Jubilee and royal weddings would be missed. Pride can be generated within communities and gives people a sentimental feeling of how things used to be. In an increasingly disconnected society it feels that people come together over this family and can be proud of their shared history.

However, multiple studies by academics, such as Maurice Halbwachs or Michael Schudson, have found that shared history is usually false, can be manipulated and serves a wider political purpose rather than representing the truth. The royal family are a key political tool in covering up issues within society, making us forget on the day of a royal wedding that people cannot afford to do a weekly shop, whilst the royal family can spend millions on a wedding day – just by some fluke of birth.

We must address these myths and once we do, you realise there is no place for a royal family if we want to progress and make society better for ordinary people. I am not saying take away people's fun and pride. Rather that pride can be sourced in other areas, such as the NHS, that are worth people’s attention and unity. It makes more sense than celebrating a family who historically have done little for ordinary people and conveniently distract from the real issues people are facing.

Finally there is the age old argument that the royal family is essential to the economy, and tourism would fall flat without them. I’m guessing that's why nobody goes to Versailles in France then? Arguably, tourism would be better and more lucrative if we got rid of the royal family. Currently, you cannot access Buckingham palace, only stare longingly from the gates. However, if the monarchy was abolished Buckingham palace would become public property and most likely turned into a museum that people can visit.

Furthermore, it is important to address where the money from tourism is actually going. The gift shops at Buckingham palace sell collectors items that cost thousands of pounds. However, the person who crafted the object is receiving very little of that profit. Instead they go to the Royal Collection Trust who maintain the artwork and infrastructure of the royal family. Money from tourism is going back into the image of the royal family rather than areas that need funding, such as housing or education. Once again the royal family, and all of the grandeur around them, exposes class inequality in the UK.

For me the royal family exemplifies everything that is wrong with the UK. One family having vast amounts of wealth and power whilst most families are struggling to get by feels like something you would read in a history textbook. Even if a monarchy is not wielding absolute power, it doesn’t mean their power is not being exercised in more subtle ways. Their very existence legitimises inequality and makes ordinary people feel that their place in society is inevitable.

I am not saying that the royal family is the root of all harm in society and once they are gone Britain’s problems will be solved. Elite individuals outside of the family are equally as damaging. However, it is easy to assume the royal family is a separate kind of elite, compared to powerful individuals in government. My argument is that they are equally part of the wider class issue in the UK. It is not just the monarchy that should be re-evaluated but the whole broken system.

The British royal family are nevertheless integral to this archaic, corrupt British political system, and have no place in a society that is in desperate need of changing. If we are considering real change that will improve people’s lives in this country, removing this corrupt and elitist institution is a must! 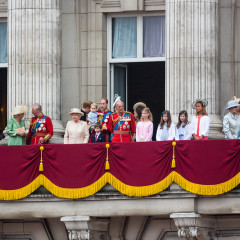 Why it is time for the British monarchy to be abolished

It is a polarising argument but here is why I believe the monarchy has no place in a modern British society.