His grandmother opens the show with a heart-warming introduction for her grandson, whose story starts last year at the fringe where he found the love of his life. At the end she was leaving to travel and he had to make a decision, whether to follow his heart or think logically and stay where he is.

Although the show follows the narrative of his relationship, the jokes within them were pretty funny and smart. His quirkiness added to the charm and allowed everyone to feel comfortable.

For a Monday evening it can be tough to get the crowd pumped but he managed to engage the audience. The pacing and tone did well to keep it going.

Steve explained 3 elements that cause us to make decisions; our lust, our tribal instinct and our fight or flight survival instinct. What was funny was the example he used for his tribal theory where he got us to hate the audience from the other night which ended up hilariously.

In the end he decided to make a logical decision but quickly changed his mind and chased after his girl after his grandmothers inspirational love story.

Overall there is a lot of potential and it's a fun show - so come and watch while you can! 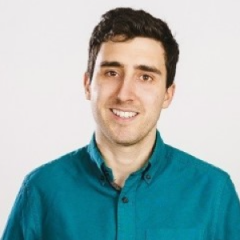