Damian Kingsley returns to the fringe for another show as part his penniless tour to raise money for Shelter - a charity for the homeless.

Knock Knock is a show about the time he lost everything, and how his dad was always around when he needed him. He takes us back to his youth, where in his school days he'd work with his dad whenever he could. The show itself was partly homage to his father, and how much he's been there in Damian's life. Damian is a good storyteller; the pacing and length was good for the type of show he was performing.

In the end, the message was that whatever happens, whatever you're going through, there will always be someone there to help pick up the pieces and provide you support when you need it.

Performing in a small venue can be quite challenging, but Damian does well to charm the audience with some old school photos and good humour. His genuine story compliments the penniless tour he did for Shelter, and shows us the importance of having someone there when life has you down.

Even though it was a free-fringe show, it was worth paying for! Even more so when all donations go to Shelter as part of the penniless tour from Lands' End! 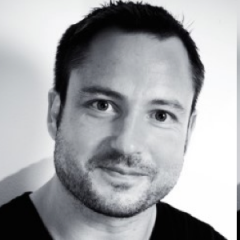