No lighting changes, no sound clips or other kind of multimedia, he doesn't raise his voice, he doesn't even move other than to pick up his drink. Perhaps the purest form of stand up. But all this worked to his advantage: he doesn't need any of that to be uproariously funny.

He genuinely just stood on the spot for an hour and told us anecdotes and stories and jokes in his normal voice and the audience's attention was all his. It was a surprising thing to realise that that was what I had watched when I left the Gilded Balloon Billiard Room. No shouting, the microphone and its stand weren't used in any way other than for their intended purposes. I cannot recall ever having seen a stand up show, essentially, so uneventful.

All of this made his progression through the routine flawless. The topic didn't change after large applause subsided. Though, in hindsight, of course it addressed a whole host of different themes and topics, I couldn't discern when and this shows a mastery of storytelling.

Smiley Face had a chance to critique the youngest generation – the title referring to emojis. Instead he saw past it and made us realise what has happened to get us to a point of such digital reliance that we can't even accurately present emotion anymore and that what is 'accepted' needs to be reassessed.

His style certainly sets him apart from the crowd because his singularity isn't a persona – it felt completely genuine. There was the childish humour and the dark humour and the gags that didn't quite work still got a smatter. This kind of comedy felt oddly like a detox. Like I needed to step back from the shouting and the crude dancing and this was that breather.

Mark Nelson: Smiley Face is on at the Gilded Balloon Billiard Room at 20:45 until 28 August (exc. 15 August). For tickets and more information, visit the Fringe website. 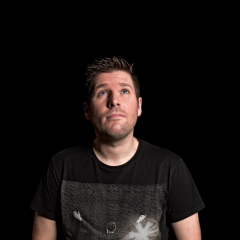