Voice MagReviewsMummy or The Art of…

Equally as witty as it is heart wrenching, Mummy or The Art of Saying Goodbye is a fun and interesting show full of humour, emotion and honesty.

I honestly don't think I've seen a show like this before. The beginning was light-hearted and fun, but as Amy Gwilliam's grieving solo character came to terms with her loss, the cracks started to show in her persona and a rather darker side emerged. The show explores the honest facts about how losing a person you love can affect you so much, and shows how everyone has a different reaction.

I found myself starting to think about how I would have reacted if I had been in that same situation and could tell by the reaction of the audience that they understood the character's pain on some level. The piece was so thought-provoking that there were times when the audience was completely silent, simply absorbing the information they had just received. There were also a couple of times where I felt the silence was somewhat uncomfortable, but perhaps that is to be expected from a show with such a serious topic.

The set was minimal and simple, leaving Amy to be the star with little to distract from her. The lighting was simple and effective and the sound was good. I never felt like anything was being used just for the sake of it, every piece of lighting, sound and set had a purpose, which was really nice to see.

Overall this is a really interesting show that is both amusing and thought-provoking. If you have a chance, I would recommend seeing it.

Mummy or The Art of Saying Goodbye has its final show tonight (Sunday 8th May) at 8.30pm. 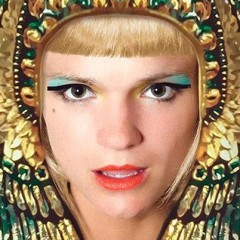 Mummy or The Art of Saying Goodbye

Equally as witty as it is heart wrenching, Mummy or The Art of Saying Goodbye is a fun and interesting show full of humour, emotion and honesty.