Leila Mottley is the 2018 Oakland Youth Poet Laureate, and Nightcrawling is her first novel. Set in Oakland, California, the novel follows Kiara Johnson, a seventeen-year-old girl whose circumstances have forced her to become an adult early. With her mother in a halfway house and a brother who devotes his time and money to a recording studio, she fends for herself and her nine-year-old neighbour Trevor - whose own mother is never around. As the looming threat of increased rent increases, Kiara finds herself walking the streets of Oakland after dark, determined to survive and protect Trevor, even if it means selling her body. But when Kiara is picked up by Officers 601 and 190 one night, she soon finds herself testifying in a grand jury trial, exposing the sickening corruption in the police department.

Nightcrawling is an unforgettable and incredibly eye-opening novel. Nightcrawling exposes the ‘ugly’ side of Oakland: the poverty, crime, and struggles faced by many to survive each day. As Mottley states in the afterword, Kiara is a fictional character, but her story is real. Kiara’s struggles are ones faced by many in America’s poorer neighbourhoods. By creating the character of Kiara, Mottley humanises those facing such struggles. In this way, she also provides a very human voice for sex workers, of whom many of us are very quick to place judgement, ignoring the circumstances that have forced them into such work. Mottley also does a fantastic job here of drawing attention to the 2015 Oakland police department scandal. Like Kiara, many Black and Brown girls, in particular, were taken advantage of and sexually exploited by members of the police department, the case found. In this sense, Mottley is giving a voice to victims of violence here, and highlighting the devastating vulnerability of Black and Brown women in America, who find themselves abused by those who have been placed in charge of protecting them.

In addition, Nightcrawling is passionately and spiritedly written. Despite the disturbing nature of the sexual abuse and exploitation that occurs in the novel, Mottley’s prose is lyrical, emotionally charged, and steeped in humanity and compassion. Mottley’s writing style lends itself perfectly to portraying Kiara’s character in a humanistic manner. Not only does Kiara feel incredibly realistic and multi-dimensional, but she feels especially admirable. Her fierce determination to protect those she loves is outstanding. It was particularly heartwarming to see her become a sort of stand-in mother for Trevor. She is selfless, giving up what little money she has to pay his absentee mother’s rent so that he is not taken into care. Kiara’s good heart makes it even more so heartbreaking when we see how poorly she is treated by society.

Nightcrawling is devastatingly beautiful and eye-opening. With this novel, Mottley has made a fierce entrance into the world of fictional writing. 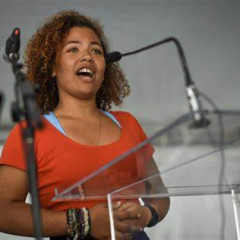