The music industry has had a rough time as of late, mainly due to the pandemic, self-isolation and lack of events for over a year. Now, as festivals, live shows and theatre performances are becoming available again, some wonder whether the financial aid given through the government’s recent insurance plan is far too late to save many businesses.

From the start of next month, festivals and live events will be able to claim their money to make up for compensation lost due to COVID restraints. The £750m scheme is welcomed by all within the industry, but there is the question of whether the decision was made too late. The scheme is implemented to help those who put on festivals survive and reopen, yet BBC has reported that over 50% of the festivals scheduled for this year have already been cancelled. This leads some to believe that the scheme could have come sooner, which could have allowed festivals to run this summer and for music lovers to finally be able to get their wellies dirty after a long festival drought.

Cancellations have been in abundance this year, with some of the country’s most popular events called off, including TRUCK Fest, ArcTanGent, Kendal Calling and Lovebox amongst others. Events such as Wireless and We Are FSTVL have also been continually rescheduled over 2021 and have pushed back their events this year too.

Chairman of the House of Commons culture select committee, MP Julian Knight, stated: “Though it is a shame that it has come too late for this summer, the scheme will provide the confidence the sector needs to plan and invest in future events.” However, the Musician’s Union has also raised their concerns, stating that the coverage would not provide financial aid if social distancing measures were to return.

The news is bittersweet, as Michael Kill, CEO of the Night Time Industries Association said: “I am extremely pleased the government has decided to introduce an insurance scheme for the events and festival sector.” He continues: “It is devastating that the timing of this scheme could not have been earlier, as we have already lost many amazing festivals and events to the uncertainty that this pandemic represents.”

The new insurance plan is set to cover festivals and live events from the start of next month and will run until September 2022. 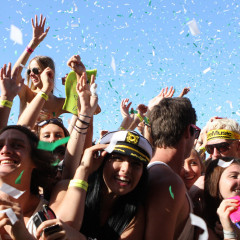 £750m COVID insurance scheme announced for festivals and live events - Is it too late?