The internal company post also announces that work on the new app will be overseen by Head of Instagram, Adam Mosseri, and led by Pavni Diwanji, a Vice President of Facebook.

In a statement given to The Guardian, a spokesperson for Facebook said: ‘We’re exploring bringing a parent-controlled experience to Instagram to help kids keep up with their friends, discover new hobbies and interests, and more’.

News of a new child-friendly version of Instagram has come after Facebook announced plans to implement additional safety measures for young users. The company will now prevent adults from messaging users under the age of 18 who do not follow them.

As well as this, safety notices will be shown to teens when they are messaged by an adult who has sent numerous friend requests or messages to other underage users. Facebook will also obscure the profiles of teenagers, making it more difficult for adults to find and follow them using the search function on Instagram. When teenagers register for Instagram, they will be encouraged to put their profiles on private, which would prevent users who do not follow them from seeing their posts.

In 2019, the National Society for Prevention of Cruelty to Children (NSPCC) found that there had been a ‘200% rise in recorded instances in the use of Instagram to target and abuse children’. However, the above measures being introduced by Instagram and Facebook are intended to curtail and prevent any such abuse of children who are using their social media platforms. 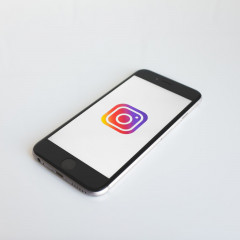