The world and its many media sites have been occupied by one story and one story only this past week, and for the first time in months it isn’t Covid-19. The tragic death of George Floyd at the hands of police brutality in Minneapolis sparked riots, protests, and public outcry globally.

But while this travesty has initiated a highly explosive reaction, about which you can discover more through https://www.unheardvoicesmag.com/ or https://blacklivesmatter.com/, what has really caught my interest is the way in which the campaign has swamped social media sites.

Instagram has been one of the major platforms for sharing and spreading awareness, first seen in the initial period after Floyd’s murder on May 25. Chains nominating friends to share his story were passed around, while many individuals posted their response to the event and recommended educational materials on the matter. This culminated in #blackouttesday, when celebrities, corporations, music labels, and sports stars vowed not to post on social media in support of the Black Lives Matter movement, or to only post black squares in solidarity. The idea was to encourage people to spend the time we normally waste on social media instead educating ourselves on the BLM movement.

But one question remains – how much did this campaign truly accomplish? Critics of the idea say it obscures the message of the BLM movement by rendering the hashtag useless. “Stop posting black squares under the #BlackLivesMatter hashtag on Instagram,” wrote Twitter user, Anthony James Williams. “It is intentionally and unintentionally hiding critical information we are using on the ground and online … Tell me how this helps Black folk.”

Other criticisms suggest that it is a meaningless trend which excuses previous white apathy. Emily Ratajkowski tweeted: “So easy to post a black square. I’m seeing people who haven’t posted in YEARS come on to post a black square. Your silence was embarrassing and now you can feel good about yourself while doing the bare minimum. This is the worst kind of virtual signaling.” Her condemnation highlights the growing feeling that this campaign is morphing a serious issue into a popular trend, without educating those who are claiming to advocate for the issue itself.

On the other hand, it is undeniable that this campaign has raised the profile of the BLM movement. Most importantly, it has raised its profile amongst young teengers, who are as attached to instagram as they are distant from major new channels. For what may be the first time, thanks to this campaign, teenagers as young as 13 years old are being made aware of the severity of police brutality. Is social media the most innovative way to educate the youth on serious issues? Could it be that the transformation of serious issues into online trends is what finally engages the youth?

So although the criticisms of #blackouttuesday do indeed hold validity, perhaps they should be used to shape the future of online trends instead of condemning them as a style of awareness campaign. Therefore, however much we need to ensure that social media doesn’t remove the gravitas of serious issues or render hashtags futile, we also need to ensure that it continues to raise awareness for social issues, especially amongst the youngest members of society. So let us learn from #blackouttuesday, its shortcomings and its successes, and not rule out social media as the teenager’s news platform.

Header Image Credit: Photo by Sticker You on Unsplash 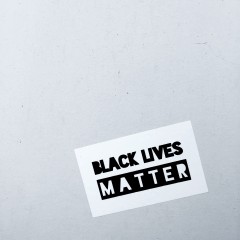