It's tough to get a place at Drama School (less than 1% of applicants get in!) so if you're serious about getting in, you might want to try some of these tips.

If you want to be a professional actor, there's no better way that to attend a top acting school. These days, since Drama UK, the accreditation body no longer exists, you have to decide for yourself which acting school to apply for. But nonetheless, over a hundred thousand young people will apply for a top acting/drama school this year, and if you want one of the very few coveted places, you have to be prepared.

Here are my top ten tips on improving your chance of getting into acting school this year.

Don't do accents. They don't want to see them. They are picking you. Most can't sustain an accent consistently enough to a panel of industry experts.

TWO: Come as You Are

No matter what they say, don't go wearing all black. Don't go dressed like it's an interview for an investment bank. Go dressed as you. They want to give places to people with personalities.

THREE: Take Them On a Journey

Every monologue has a journey to it. (If it doesn't, don't choose it) You have to take the audition panel on a journey from one place to another. We all know that stories have a beginning, middle and an end. Make sure that you have thought about the beginning, middle and end of your monologue performance as separate sections. Even better, break it down into smaller chunks and work on each part separately.

Every monologue has a very simple structure. At the beginning, there is a way to hook in the listener. Use it to your advantage. Somewhere in the middle is a turning point, use it to change the direction of your performance and stop your monologue flat-lining. At the end there is a climax, the greatest point of drama in the speech. Never reach a higher peak in your performance until you get to this climax.

This is always the tough one. Pick something since 1980, preferably sooner. Pick a piece that is easy to see you as the character. Pick something you've seen or read. Demonstrate that you know something about contemporary theatre with your choice. Picking Dennis Kelly's school version of DNA just makes it look like you have no imagination. Keep it between 120-180 seconds. The shorter the better.

Acting Shakespeare is slightly larger than we're often comfortable doing. Acting Contemporary is often slightly smaller than we want to 'perform'. Making this distinction is important.

You're there to do your best job at the audition. Don't compare yourself to others and don't engage in competitive storytelling before the audition with others. You will only lose - everyone does. Negative self comparison is far more likely to happen than positive.

They seem ridiculously obviously. But without good sleep, hydration and food (eating), you won't do your best. Without a good sleep, you'll lose your edge. Without hydration, your concentration will be reduced. Lastly, food. Without food, you may enjoy a rather nasty crash in energy. Low blood sugar symptoms include shaking, sweaty palms, raised heart beat and a cloudy mind - just like being nervous, do you really want to add that to your existing nerves! No way. Receive an instant edge over the others by taking care of S.H.E

My biggest bugbear to be honest. It doesn't say. Personal biography. It doesn't say 'tell them you've been acting since you were 5 and its your passion.'. You have a page to make an impact on them. Be in control of the message you're sending them. Write a statement that's true. Not what you think they want to hear.

Some of my clients took up to 6 attempts to get in. With only 1% of applicants getting a place, it may take more than one chance. Don't give up. 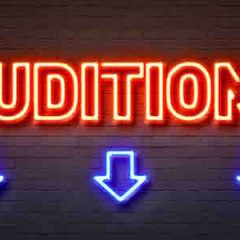 Getting into Acting School

It's tough to get a place at Drama School (less than 1% of applicants get in!) so if you're serious about getting in, you might want to try some of these tips.