Anyone that’s paid a modicum of attention to social media in the last few years knows that today’s political landscape is hostile at best – but what some don’t realise is that the majority of it is essentially made up.

A recent article that the New York Post shared on Twitter claimed that Adele, one of the best-selling music artists in the world, was being “slammed” for saying that she was proud to be a woman. The reason that people were outraged over such a harmless comment, the New York Post alleges, is that it upset the transgender community. She had the audacity to say that she loves being a woman at a “woke gender-neutral awards show” (their words), which is obviously incredibly insulting to the trans community.

Except that it isn’t. Except that the article is complete and utter nonsense, and nobody actually cared about Adele’s comments (beyond being happy for her). It’s just a prime example of one of the right-wing media’s favourite provocative techniques. They provide “unbiased reporting” by giving examples of comments made by people on both sides of an argument, and the article itself is mostly neutral in tone, disguised as impartial… but the entire argument is a sham in the first place, and the entire thing is designed to make the trans community look bad.

Take the headline for instance. “Adele slammed for telling gender-neutral award show she ‘loves being a woman.’” If she’s being “slammed” she is being criticised rather heavily. They put “gender-neutral” in the headline to ensure people know who is doing the criticising and what the so-called problem is, and of course, the thing she is being criticised for is saying she loves being a woman, which is utterly stupid. The vast majority of people read headlines but not the articles themselves, so they made sure the headline would be sufficient in achieving their goal: get people to associate the “gender-neutral” crowd with outrageous, nonsensical opinions. Of course, the “gender-neutral” crowd is the same as the trans community (which is also mentioned in the article because people were allegedly calling Adele a TERF, or trans-exclusionary radical feminist), and more generally, the left. So who exactly was outraged? Why did the left care about Adele saying she loves being a woman?

Well, to put it frankly… nobody did. In discussing those who “slammed” Adele, the article quotes only two people: a “performer named Jacob” and a “long-time Twitter user” who got fewer than 30 likes on his tweet. So… nobody. Furthermore, the “long-time Twitter user,” who tweeted about Adele being a transphobe, was literally joking and admitted as much in another tweet. If you search Twitter looking for people that were actually outraged by Adele’s comments, nothing comes up, because they don’t exist. That doesn’t matter though, because the Murdoch-owned media outlets have already done their thing, and once the outrage has been manufactured there is no stopping it.

Despite the article being complete nonsense, people jumped on it right away. (By “people” I of course mean other right-wing media outlets and mouthpieces, because nobody with any sense would take it seriously or be unable to see through it.) Jordan Peterson replied to the New York Post’s article, sarcastically saying “Women aren’t real women,” thereby manufacturing more outrage by sharing the article with his predominantly far-right fanbase. Fox News jumped on the story with the headline “ADELE SLAMMED FOR BEING PROUD TO BE A WOMAN,” again stirring the pot. Joe Rogan, infamous advocate for “doing your own research” regarding vaccines, apparently does not think news stories should be held to the same standards, as he also shared the article on his podcast, taking it at face value and using the opportunity to sarcastically insult “the they/them people” (his words) for being intolerant.

Nobody was ever mad about Adele’s comments. Media outlets manufacture outrage not only for clicks but also to further specific agendas, and in this case the agenda was to frame the trans community as an absurd and extremist group. The more irrational they can posit the transgender community as, the better, as it stops people from listening to them or taking them seriously. It is by no means controversial to point out that the far-right are already massively transphobic and wish to take away trans rights. Recently, the Governor of Texas (Greg Abbott) and the Attorney General (Ken Paxton) sent “guidance” to state agencies to consider gender-affirming healthcare as “child abuse,” meaning parents could be arrested and have their children forcibly taken away from them just for allowing them trans-related healthcare – healthcare that has been shown to reduce suicide rates among trans youth by 73%.

The outrage manufactured by articles like the one discussed here contributes to the growing hostility in politics, and more importantly, it is incredibly damaging to marginalised communities and transgender people. In a world where violence against trans people is startlingly common, publishing articles like this purely to incite outrage is beyond irresponsible. It is dangerous. Please don’t fall for it. 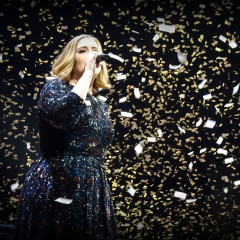 Anyone that’s paid a modicum of attention to social media in the last few years knows that today’s political landscape is hostile at best – but what some don’t realise is that the majority of it is essentially made up.