In this show, Sophie Willan fights back against the branding she's always been subject to; 'female', 'northern' and 'working-class' are all accurate descriptions of her, but they don't sum her up. She attempts to attack these labels with humour and wit, and she is sometimes fairly amusing. Unfortunately, I only actually laughed out loud a couple of times.

I did smile a lot, particularly at the beginning, but a lot of her jokes fell flat for me. The loud laughter from some audience members, however, suggested that this wasn't the case for everybody. While I thought some of her observations were astute, her good stage presence couldn't make up for the slightly-too-long punchlines, and I found very little of the material genuinely funny.

Towards the end of the show, however, Willan began speaking about her time as a sex worker. It suddenly became much more serious, as she explained the stigma that surrounds prostitution and how it was a viable income option for her for a while. I found this section really interesting, and the few jokes she made worked well to lighten the more serious topic without mocking it. Had the entire show taken this structure, I think I would have enjoyed it much more. Willan is likeable, brave and daring, and I think she could tackle such a stigmatised issue in an effective yet funny way.

Sadly, that part of her show only took up ten minutes, and the rest was, for me, not nearly as interesting. Her good stage presence and amusing interaction with the audience could not make up for the lacklustre humour, and I left disappointed. Still, there's definitely potential there.

Sophie Willan: Branded is on at Pleasance Courtyard at 20:00 until August 27th, excluding the 16th. For more information and to purchase tickets, visit the EdFringe website. 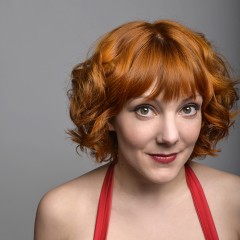