I've been waiting for a week now, for that one show that just completely alters my view on something. That makes me really think. That makes me question everything I thought before. Little did I know, this show would be the one.

Going into this show, I had read the description and had the same thought a lot of other people probably had: 'How could you possibly fall in love with someone on death row? Someone who killed another human?' It is testimony solely to this amazing show that I am writing this with a changed opinion. For a show to have that much impact, to have that much of an effect on you that you can actually sit and think about something so serious, and end up changing your whole perspective, now that's one special show.

This show looks into a topic that, unless you know of someone in this situation, you probably wouldn't think twice about. But it's actually quite a big thing, especially in the US where in some states the death penalty is still legal. Of course there are people who have loved ones on death row, but there are also those who start relationships with people whilst they are on death row, and fall in love through their letters to each other. At first, the idea shocked me, but in the space of one hour, one actress managed to make myself and my friend not only agree that it is possible to fall in love with a serial killer, but also to make us sympathise with them. It doesn't sound like much, but it shifted our whole perspective.

Full of research, facts, and real people's stories, this show is shocking, hard-hitting and extremely intense, but it was also the most interesting hour of theatre I've possibly ever seen. I've been waiting for that show to come along and amaze me, to hit me with incredible force, and my goodness did this show punch me in the stomach. I don't have enough words to describe how amazing this show is, so I implore you to go and see it. It is such an important topic that no one here knows much about, and I promise it will open your eyes. Do not miss it!

The Road to Huntsville is on at 20:45 every day until the 28th August, excluding the 15th and 22nd, at Summerhall. 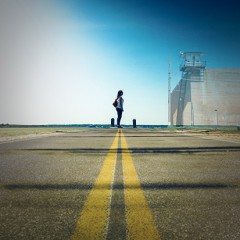