Bucket List is a slick, well-timed and cleverly choreographed piece of physical theatre that touches nerves and pulls on heartstrings. The emotional story of a Mexican girl's battle for justice follows the young Milagros and her friends and family through a difficult time in her home country. Through a clever use of movement and an almost constant underlying musical score, this all-female company hit the mark scene after scene, delivering a powerful and significant story.

The lighting was clever and effective and the use of music at the hands of a percussion, flute and guitar player and a singer, helped to tell the story, raising and lowering tension and emotion in the auditorium with each change of tone. The company are very talented actors and musicians and they portrayed a difficult story with confidence and clarity.

The story itself is emotional and inspirational. The main character is so young, yet matures so quickly and shows intelligence and initiative in a difficult time in her life. With the story being told both through dialogue and movement, the audience is spared having to hear some of the more gory details as they are acted out rather than spoken. In a way, I find this to be more hard-hitting than if they had just spoken the details, testimony to the intelligence of the show.

Despite my initial feeling that the show may have been slightly too long, I really enjoyed it and I believe they put across a difficult and possibly slightly controversial topic in an intelligent and effective manner. This is a really good show discussing an important topic. The acting is strong and the storyline is compelling, so it isn't one to miss! 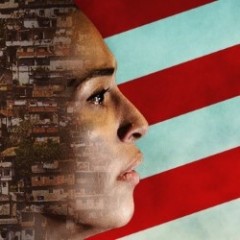 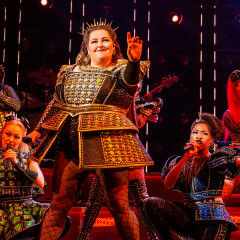