Delivering pun after pun can't be easy, but Darren made a strong effort and kept up the laughter in the room for almost an hour. With various niche jokes and some odd topics, he pushed the boat out time after time to deliver mostly successful puns to a willing audience.

Although I do appreciate the skill and stamina required to put on a show of this style, for me, it became a bit tedious as I knew to expect joke after joke with no storyline. It must be fairly exhausting to perform in this way because trying to keep up with that many jokes in such quick succession was more difficult than I expected.

Often, my reaction to a bad pun is to roll my eyes, and despite finding myself doing this quite a lot, I did also find myself laughing out loud fairly regularly. Other members of the audience had tears in their eyes and there were one or two gasps for breath. This is testimony to the natural affinity Darren has for delivering puns, and only very few missed the mark.

For me, although I can't deny that I found some of the jokes amusing, I didn't feel like I found the show as funny as some of the other audience members. I found some of the puns to be a bit repetitive and one or two of the particularly funny jokes were milked too much. The show as a whole was generally entertaining but there were peaks and troughs within it.

Overall, this is an amusing show, but one that requires constant alertness and a cooperative and switched-on audience in order to completely hit the mark. 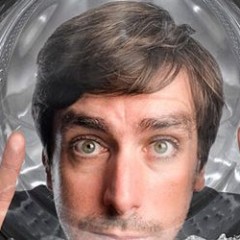