The screening was in Screen 3 at the Vue cinema in the Lowry Outlet Mall and, being in a cinema, I felt very comfortable even with three schools worth of music students in the theatre. They made the atmosphere inside immediately abuzz. One of the stars of the film, Chancellor of the University of Manchester, Lemn Sissay, spoke to the screening before the film was shown to give us a taste of what we were about to see.

The film took us through ten classical pieces of music, some were original classics like Ride of the Valkyries of Apocalypse Now fame and some were modern covers or original modern pieces which mixed classical with electronic instrumentation from Haydn Shostakovich. Celebrities and musicians such as Pixie Lott, James May (yes May, not Bay), and Christopher Eccleston took us through the stories of the composers and their pieces and the science of the music, too. The presenters and what they presented were:

The film was very informative and quite entertaining with consideration for the compelling nature with which the performances were filmed and edited. It's exceptionally hard to direct music on screen but here the direction was expert and near perfect. It also looked incredible with precise and experimental cinematography and editing which did justice to the playing itself. It goes without saying that the BBC Philharmonic Orchestra Salford was sublime to listen to - although the volume could've done with being higher. Dies Irae by Verdi was performed and edited with particular hands-in-the-air gusto.

Sadly, this praise doesn't extend as much to the snippets of storytelling between performances. They were cringe-worthily directed with shoddy special effects (except for in James May's narration for Bach's Toccata and Fugue) and amateur editing. It felt like someone behind the scenes said "Leave it, it's just for school children" far too often.

Nevertheless, we should only hope that the musical performances had enough of an impression on the youngsters to inspire them to take classical music seriously. 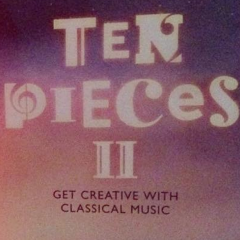