Despite the radical sonic shift, Honestly Nevermind satisfies neither Drake’s long-time fans nor those hoping for a deeper sound.

Off the back of last year’s maligned Certified Lover Boy, Drake was set to carry on the well-worn path he had created for himself - sticking to the formula of failed romances and party-driven beats that had made him the most famous rapper alive, even if it did little to win him much love among rap listeners. His latest album however has subverted everybody’s expectations, abandoning his laid-back hip hop sound and rap delivery for a strict house & club sound, only with the occasional verse here and there. This move has drawn ire from many of Drake’s hardened fans, but for those of us who prefer to simply dip in and out of his music, the change is - at least on paper - very welcome. Drake paring away his formulaic lyrical approach to focus on producing high-quality dance music  (something which has always been a natural gift of his) could have represented a necessary return to basics after the overlong track-listing of Certified Lover Boy.

Unfortunately, Honestly Nevermind fails to truly commit to its summer playlist ambitions. Many of the tracks here are monotonous, the standardised house beats sliding into one another and without any standout lyrical spots, each track becomes indistinguishable from each other. The music itself is similarly too stiff and cold to ignite any passion in the listener; perhaps working effectively as wallpaper music but certainly not enough to make you dance.

There’s an argument to be made that Drake is aiming for an effect not dissimilar to what Kanye West achieved on 808s & Heartbreak - using the synthetic soundscape to emotionally distance the listener, whilst at the same time using the lyrical content to explore deep feelings of alienation, regret and loneliness. Honestly Nevermind never dares to reach the levels of self-flagellation and introspection that made 808s & Heartbreak such a compelling listening experience. Kanye, for all of his innumerable issues and idiosyncrasies, approaches his music like an exorcism; he is totally committed to music as an artform, in spite of his immense financial success. Drake’s persona is too entwined with celebrity chic and material wealth for him to risk delving into the depths of his emotions and potentially revealing an ugly side to this persona. This serves him well when he is concerned solely with the production of slick, party music, but he has rarely been able to straddle the line between commerce and art.

In conclusion, even with its ostensibly radical turn, Honestly Nevermind is more compromised than visionary - not lively enough to score the dancefloor and not committed enough to emotional honesty to justify deeper listening, leaving the listener stuck in limbo wondering what exactly the album is for. 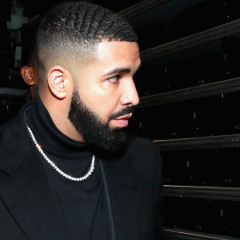 Despite the radical sonic shift, Honestly Nevermind satisfies neither Drake’s long-time fans nor those hoping for a deeper sound.