This legacy sequel improves upon its predecessor in every conceivable way.

The terms “sequel,” “reboot,” and “franchise,” have fairly negative connotations among most film fans today, and it’s not hard to understand why. The state of mainstream cinema at the minute seems to be a handful of major studios desperately trying to finance the next blockbuster that they can turn into a “franchise” (read: content they own the rights to that they can turn into a continuous source of profit by pumping out derivative rubbish). With all the subpar attempts at this in the last decade or two, the excitement for Top Gun: Maverick never reached particularly high levels for most people. The original film is a classic in its own right, and is great as a time capsule for the 1980s, but it’s not seen as a particularly great blockbuster in the way that, say, Back to the Future is. The Tom Cruise factor did help to arouse more excitement for Top Gun: Maverick than it otherwise would have gotten, but scepticism remained.

Sceptics, fear not. Not only does Top Gun: Maverick improve upon the original film in every way and deliver a sequel superior to its predecessor, but it is quite frankly one of the best blockbusters we’ve had in a while. The concept is rather simple: a few decades on from the first film, circumstances force Maverick (Tom Cruise) to return to TOPGUN as an instructor, where he must teach the next generation of pilots – including Rooster (Miles Teller), the son of Maverick’s deceased best friend Goose from Top Gun – to destroy a uranium compound that is protected by SAM turrets and technologically superior aircraft.

Structurally, it’s very similar to the first film. It also has several cute homages to its predecessor, but despite the plot being such a direct follow-up (and involving Goose’s now grown-up son!) nostalgia-baiting is kept to a minimum and Top Gun: Maverick manages to feel very much like its own movie while still maintaining the spirit of its predecessor, which is a difficult balancing act to pull off. It helps that this sequel is better than the original in every department, too – the far superior action sequences and tighter script would’ve made it easy to forgive any shortcomings, yet there are no real ones to speak of. The only flaw, which is relatively minor, is that the romance subplot between Maverick and Penny (Jennifer Connelly) is pretty half-baked, although it’s never intended to be the focus and it does work well as a sort of homage to the romance of the original.

The action is what truly elevates Top Gun: Maverick. The dogfight scenes in the original film were guilty of being occasionally confusing, which is understandable. It’s difficult to film fight scenes between nigh-indistinguishable planes that are constantly circling mid-flight. That’s what makes the climactic mission that Top Gun: Maverick builds up to so ingenious: they train for the mission itself for a good chunk of the film, so when the time comes to do it for real, you know exactly how it’s supposed to go and can easily follow the action. The sequences in the planes were shot with several IMAX cameras, and 800 hours of footage were reportedly filmed in the end. It paid off. You can feel the power of the aircraft in every scene, and you can sense the strain on the pilots each time they pull off increasingly impressive manoeuvres. All the more reason to see it on the big screen.

The casting is fantastic, too. The performances are spot-on, and they all have great chemistry with one another. Cruise and Teller do a great job together with their complicated relationship, but the rest of the TOPGUN members are equally fantastic – Glen Powell gives a great performance as Hangman, who is sort of like this film’s equivalent to Val Kilmer’s Iceman in the original, and overall the cast is faultless. Tom Cruise is as brilliant as ever, with immense dedication to the craft not just in terms of acting performance but to crafting brilliant films. He reportedly designed a three-month “boot camp” to get the actors used to aerobatics and high g-forces, and it undoubtedly shows in the finished product.

All in all, Top Gun: Maverick is an unmissable big-screen experience, regardless of whether or not you’re a fan of the original Top Gun. It has some of the finest set-pieces of the last few years, and is perfectly structured in terms of the narrative. You’ll feel that the first two acts are building up to an epic climax, and when that final stretch arrives, it certainly doesn’t disappoint in terms of action, spectacle, or emotion. A must-see. 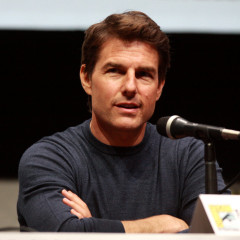 This legacy sequel improves upon its predecessor in every conceivable way.