Originally opened in 1992, with government funding, a local McDonald’s in Marseille’s 14th district offered opportunities to the surrounding community. They eventually employed 77 people, including manager Kamel Guemari who would stay with the company for 20 years starting when he was just 16 years old. Unfortunately, in 2018, the franchise owner would set the location to close by 2019 as a major employer in the area, with a pre-pandemic poverty rate of over 40%, putting many at risk.

The 14th district is a majority Muslim community with Algerian and Moroccan descendants, whose families travelled to Marseille in the 70s for job prospects that are long gone. This McDonald’s location offered a hub for social activity and acted as a safe space in the community, and a safer path in life for kids like Guemari. He commented to NPR that, “The only pathway the kids have to succeed sometimes is through drugs or delinquency [...] This McDonald's plays a societal role by giving these kids a job and a second chance.”

In retaliation to the closure, in August 2018, Guemari locked himself in the building, doused himself in gasoline and threatened to light a match to protest the planned closure with other employees following suit.

Guemari would later decide to turn the building into a food bank to give back to the community, rearranging the McDonalds logo to ‘l’apres’ (translated to after the M), with farmers, shops and other organisations donating food to help the effort and small monetary donations coming from the community.

During the pandemic, the building became an impromptu aid distribution centre inspiring Marseille’s Government to buy the building to save it from closure making the occupation legal, and hoping to inspire more people in the community. They have commented that it isn’t meant to “push people to illegal occupation” rather inspire the community to start their own initiatives. 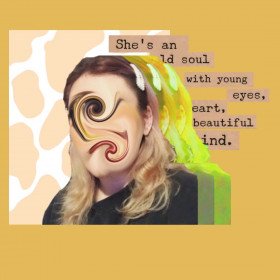 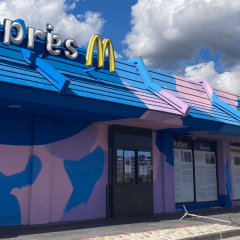 Marseille McDonalds occupied illegally to give back to the community