Biles, arguably the most successful gymnast of all time, won four Gold medals in Rio equalling the record for most gymnastics medals won by a woman at a single Games. The then 19-year-old couldn't have imagined her prolific dominance and ability to compete in five world championships, becoming the face of the sport and inspiration to millions.

So, it was an overwhelming surprise as the American left the arena after her vault at this year's Olympic games. Biles, 24, scored 13.766 – her lowest Olympic vault score – before withdrawing from the event.

"After the performance I did, I just didn't want to go on," she said in a BBC Sport report. "I have to focus on my mental health. I just think mental health is more prevalent in sports right now.”

Her bold acknowledgement of her mental and emotional well being left supporters and commentators shocked as she expressed "I don't trust myself as much anymore.”

Biles has proved that the pressures of being an athlete and face of a sport can be overwhelming and no amount of worldly accolades can protect you from those pressures.

“I didn't want to go out and do something stupid and get hurt. I feel like a lot of athletes speaking up has really helped.”

In May, Japanese tennis player Naomi Osaka withdrew from the French Open to protect her mental health, a move publicly supported by several sportspeople, according to The Guardian.

Biles, who decided to quit to protect her “mind and body” rather than do what the world expected her to do, was also praised by the International Olympic Committee.

“What we can all say, regardless of what happened, we have huge respect and support for her,” the IOC spokesman Mark Adams said.

The US women’s team still claimed silver medals and Russia won the gold, its first since the breakup of the Soviet Union. 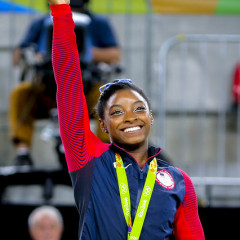