Amazon has announced that it has agreed a deal to acquire Metro-Goldwyn-Mayer (MGM) Studios in a transaction worth $8.45 billion (£6 billion). The completion of the deal will be subject to regulatory approvals and ‘other customary closing conditions’.

This follows earlier reports this month that Amazon had been in discussions to acquire the historical film studio, while MGM Holdings has reportedly sought a buyer for the studio since 2020. The deal will see Amazon acquire various notable films and TV shows, including the Rocky and Creed series, Legally Blonde, Raging Bull, The Handmaid’s Tale and Fargo, among many others.

Amazon has stated that it will ‘help preserve MGM’s heritage and catalog of films, and provide customers with greater access to these existing works’. This presumably means that many of the titles that Amazon will obtain will eventually make their way onto the e-commerce organisation’s streaming platform, Amazon Prime Video.

However, according to The New York Times, Amazon will only own 50% of the James Bond franchise, which is largely considered to be MGM’s most successful ongoing film series. The sibling duo Barbara Broccoli and Michael G. Wilson will retain the remaining 50% of rights to the Bond films, and will also keep creative control of the franchise. This means that they will decide when new Bond films will be produced and who will portray the iconic spy. The next entry into the series, which will also be the final to star Daniel Craig, No Time To Die, is scheduled to be released on 30 September 2021 in the UK.

Mike Hopkins, Senior Vice President of Prime Video and Amazon Studios, said: ‘The real financial value behind this deal is the treasure trove of IP in the deep catalog that we plan to reimagine and develop together with MGM’s talented team. It’s very exciting and provides so many opportunities for high-quality storytelling’.

Kevin Ulrich, Chairman of the Board of Directors of MGM, said: ‘I am very proud that MGM’s Lion, which has long evoked the Golden Age of Hollywood, will continue its storied history, and the idea born from the creation of United Artists lives on in a way the founders originally intended, driven by the talent and their vision. The opportunity to align MGM’s storied history with Amazon is an inspiring combination’. 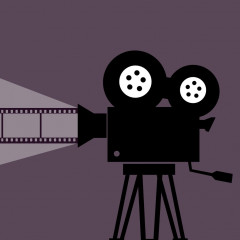