Amazon is said to be in talks to purchase the iconic Metro-Goldwyn-Mayer (MGM) Studios for approximately $9 billion (£6.4 billion). MGM Holdings, the parent company of the film studio, has reportedly sought a sale since the end of 2020, and Amazon’s potential purchase would represent a huge boon for the e-commerce and streaming company.

The sale would provide Amazon with an immense catalogue of content for its streaming service, Amazon Prime Video. MGM Studios has a large array of titles going back almost a century, including 4,000 films and over 15,000 hours of television content. In recent years, MGM Studios has produced the James Bond, Rocky and Creed film franchises, in addition to TV series The Handmaid’s Tale.

Amazon and MGM Studios have both declined to comment on speculation surrounding any potential deal.

News of the potential deal between MGM Studios and Amazon comes shortly after US telecoms company AT&T announced a merger between its media division and Discovery in order to compete in the streaming market.

Netflix, a direct streaming competitor of Amazon, recently reported that it had experienced a slowdown in subscriber growth, attributing this to a lighter schedule of new released content due to the coronavirus pandemic. Disney+ surpassed 100 million subscribers globally earlier this year, and is predicted to become the world’s largest streaming service by 2024. 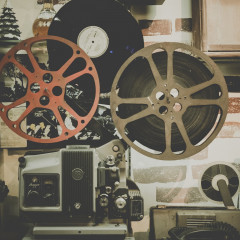