Since the start of the Covid pandemic closures in 2020, many independent, alternative and fringe theatre venues and companies across the UK and beyond responded to the challenges of lockdowns by taking their shows online – and OffWestEnd responded to this whole new strand of theatre by launching a unique new award, the OnComm, for the best of this new stream of online theatre. Over 350 submissions were received and nearly 150 OnComms awarded in 2020. All the OnComm awarded shows have been grouped into 13 categories and we can now announce the 50 Oncomm Award Finalists 2021. The winners will be announced at a special (virtual) ceremony on 21 February 2021, to be presented via Scenesaver.

The OnComm categories cover shows that were recorded or live-streamed, that took advantage of new platforms such as Zoom, and that were immersive or interactive, or in some way innovative. Finalists also include audio shows, shows presented in a series and shows for young people, children & families.

The finalists include both recognised venues such as Royal Court Theatre, Battersea Arts Centre, Soho Theatre and Little Angel Theatre, as well as new companies like Threedumb and Digital Caravan Theatre.  They include not just well-known shows including ‘the Scottish play’ and The House Of Bernarda Alba but many newly written or devised pieces such as For Quality Purposes and Dream Catcher.  They include innovative new work, such as Northern Comedy Theatre’s Doing… series presented via Zoom, and Dante 0r Die’s User Not Found, a show presented via mobile phones.

One positive development in the crisis was that the explosion of online and streamed shows meant that shows from across the UK and beyond were available to the public across the country and internationally.  The fact they were online, presented via platforms such as Scenesaver, meant that our OnComm assessors and judges had direct access and were able to consider these shows for the new OnComm awards.

Geoffrey Brown, Director of OffWestEnd, said ‘2020 has devastated live theatre, leaving many artists, theatres and companies in the dark, so it was fantastic to see so many companies, venues and creatives go online to develop and present new work, or enable audiences to enjoy some great work from the archives. The level of innovation in new work was really exciting, from the use of Zoom to imaginative immersive experiences. While we are all desperate for live theatre to return, these online shows prove theatre artists’ resilience and resourcefulness, and we are delighted to be able to announce the finalists across the 13 categories we have created for this unique new award’.

The 2021 OnComm finalists are listed below and a full list of all 2020 OnComm awardees can be found at https://offies.london/oncomm-awardees-2020/.

The House Of Bernarda Alba, Graeae

Wait For Me, Sam Cassidy

Before After - A Musical Love Story, The Grey Area Theatre Company

The Boss Of It All, New Perspectives / Soho Theatre

Contemporary Political Ethics (Or, How To Cheat), Traverse Theatre

Agent Venture, The Adventure Is Real

15 Heroines: The Desert / The Labyrinth / The War, Jermyn St Theatre

User Not Found, Dante or Die

What A Carve Up!, Lawrence Batley Theatre, New Wolsey Theatre and The Barn Theatre

Crime of the Century,Chickenshed Guantanamo

There’s a Bear on my Chair, Little Angel

OffWestEnd exists to celebrate and support the full spectrum of Off West End theatres and to draw increasing numbers of the public into the heady darkness of these little powerhouses perched above pubs, tucked under railway bridges, packed into disused warehouses, built around a butcher's shop or suspended above a shopping centre.

OffWestEnd theatres play a vital role in London and in society. Important on stage for taking risks and pushing the boundaries of live performance; and important for its audiences for entertaining the intellect, stretching the imagination and; most of all, important as a breeding ground for new talent and new ideas that feed into our culture, reinventing and reinvigorating us.

The goal of OffWestEnd is to encompass all Off-West End theatres and ensure their culturally diverse performances are presented in an equal, positive and unbiased manner to people interested in seeing new work and supporting new talent. The West End receives an enormous amount of attention from the public and the press as well as support from tourism bodies and third-party ticket sellers. OffWestEnd theatres receive only a fraction of that support even though the quality of performance can be every bit as good as that in the West End. We hope to open the world of OffWestEnd theatre to a much wider audience of both local residents and visitors.

OFFIES AND OTHER AWARDS

The Offies are OffWestEnd’s main awards, for shows with at least 10 performances.  These are awarded across a range of categories, covering performance, design, music, direction & overall production. It encompasses not just plays or musicals, but also “IDEA” shows – those that are innovative, devised, experiential or alternative. Offies winners are announced at the annual Offies ceremony held in February / March. In 2019 and 2020, the ceremony was held at the Battersea Arts Centre’s Grand Hall.

The OffComm is for short run shows witha minimum of 3-4 performances.  These shows can invite OffComm assessors (who are also online reviewers) to their show. If the show receives at least two 4 or 5* reviews, it will receive an OffComm.

The OffFest is an award for shows at theatre festivals.  This was introduced in 2019 for the Camden Fringe and was then also adopted by the Voila Europe theatre festival. The OnComm is an award for online shows and was introduced after the Covid-19 lockdown began.  It has been highly successful: around 350 submissions were received in 2020 and nearly 150 OnComms awarded. 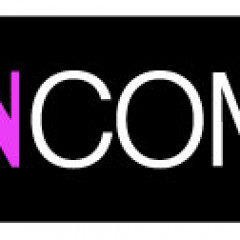