A new report from openDemocracy shows a consistent decrease in the number of fully granted freedom of information requests, prompting questions on government transparency.

The report alleges that last year was the worst year for government transparency since 2005 – the year that the Freedom of Information Act took effect. The report used the government’s own published figures from 2020 which showed that of the 44,195 of the public’s freedom of information requests to government departments only 41% were fully granted. The published figures also acknowledge that this is the “lowest figure since recording started in 2005”.

In response the Cabinet Office claimed the report is “complete nonsense” and shows “a total misunderstanding” of the Freedom of Information Act. The office, which is responsible for freedom of information, said that the pandemic had hindered its ability to process requests, as it had less resources than usual.

However, the government’s annual reports on the Freedom of Information Act support openDemocracy’s report and show a consistently decreasing amount over the last decade of requests that were granted in full, with government statisticians also describing the trend as “downward” and “decreasing”.

This report follows information published by openDemocracy last month that revealed that the government had spent over £500k in legal fees during a four year period in attempts to block freedom of information requests. This combined with the information in their recent report could show a worrying level of secrecy in government.

OpenDemocracy’s editor Peter Geoghegan expressed his concern on the matter, saying: “The UK government is waging a secret war against freedom of information. And it is winning. This concerns us all because government secrecy is toxic. If left unchecked, it can conceal incompetence and corruption.”

The report alleges that the government has been using loopholes to limit or delay the number of requests they grant, and in some cases simply repeatedly failing to answer requests. There is a legal allowance for public bodies to request more time when considering a freedom of information request but openDemocracy says evidence supports that this allowance has been used to delay unnecessarily.

MPs themselves are even being blocked from accessing information. Conservative MP David Davis tried to access details of government-commissioned opinion polls but had his request denied. He said: “When Whitehall is this desperate to avoid publishing the information, the question has to be asked what decisions are they trying to prevent the public from knowing about?”

Earlier this year UK newspaper editors penned an open letter to government calling that they protect the Freedom of Information Act. The letter highlighted that the act “is a critical tool for ensuring that journalists and members of the public can scrutinise the workings of government. We have, however, become increasingly concerned about the way in which the legislation is being interpreted and implemented.” Referring to another openDemocracy report from 2020, the letter noted that there was “increasing evidence of poor practices across government”. 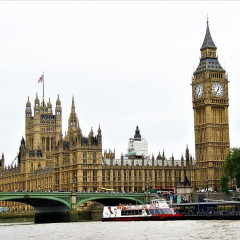 UK government accused of ‘secret war against freedom of information’

A new report from openDemocracy shows a consistent decrease in the number of fully granted freedom of information requests, prompting questions on government transparency.