I’m a Film Studies graduate from Brunel University. I studied film at university and A-Level, but before that, I always remember writing scripts and trying to create on no budget and a little bright pink camcorder that my mum got me for Christmas when I was twelve. That’s the first film I ever tried to create, and my friends and I used the same house used as a set in ‘You, Me and the Silence’, but I’m glad to say that the skillset and script have upgraded itself since then. I have always loved creating through any means. I was part of a theatre company throughout high school and loved the process of production; bringing a script to life and turning notes and ideas into something visual.

My film is a fictional piece which revolves around two female protagonists. We follow the movements of Poppy, who tries desperately to live out her normal routine, which is constantly interrupted by the ghostly presence of Luna. The film tangles with dreams and reality. As we follow what relationship the two young women have or have had, it is unclear whether Luna is truly there or not, or whether we have been placed into the landscape of Poppy’s guilt-driven unhinged mindset. The plot in itself is a fairly simple one. Still, the jarring and jumpy film style I opted for is to raise more questions than answers. I intended to make it confusing as if we truly are jumping from dream to reality and back again.

The film’s inspiration comes from different places; I wouldn’t say there is one immediate source that comes to mind. I was very interested in creating something that created its little world as we never see outside Poppy’s vision. I liked keeping it as a war between these two women – a cat and mouse chase for dominance – who would beat who. It has no particular underlying message, and as much as I love something with a deeper meaning, that was not the intention, and that’s what I love about it. We enter a world for twenty minutes or so, get sucked in and confused by this vaulting timeline and are unsure who to feel sympathy for. By the end of it, I wanted to make the audience a little confused, a little uncomfortable, and ask many questions.

I’d say it depends on what the creative project is. I want to say I stare wistfully out of a window and wait for nature to inspire me (not that there’s anything wrong with that), but usually, it’s a case of sitting with earphones in, and mind mapping until I form something interesting, or the inspiration hits from something as small as going to the train station. Whenever ideas come, I try to write it down, I like to mind map, and if I get a bit stuck, Pinterest is always good, putting visual aspects to words in your brain – I find easier. I would also say other films. Anything that I have made I can easily say that it was perhaps one scene or moment in a film or television show that just struck me as interesting or the plot overall that I would want to develop or rework as my own. For You, Me and the Silence it was my final dissertation, so there were times I had to force myself to sit down and think of ideas, and I think sometimes that’s the hardest thing to do. It was a gradual process; watching many films, listening to music and observing Pinterest mood boards. I changed the plot more times than I can count, constantly unhappy with one thing and changing another, and that’s the most important thing I told myself: don’t be afraid to change things, it’s your film, and you can change as much or as little as you like. Eventually, I got there.

So. Many. Obstacles. The weekend I filmed this was the weekend that a massive storm hit the UK. I was filming in my hometown with three of my housemates (all who studied film), and one of them very kindly drove us down. The house that most of the plot takes place in belongs to my best friend. We have known each other ages, and she was studying in York, so her parents let us film there for a day. Because of the storm, a lot had to be moved around the last minute; we had to reschedule filming outside when the weather was a bit better. There were equipment problems, casting problems, last-minute dropouts, the café at the beginning that I used closed on the day that I wanted to film due to the weather… so in short, there was a lot of messaging various people [to reschedule], and I felt awful for messing people around. It could have been a lot worse, however. It was a bit of a nightmare, and there were a few mental breakdowns, but I got everything I wanted, and it was all finished in one torturous weekend. I will add that it was lots of fun as well – it was quite rewarding because we had all worked so hard to get things done, and the people I had helping me were amazing. I couldn’t have done it without them.

Pulling off quite an alternative style of filmmaking is what I would say I am very proud of. That as well as surviving the weekend that I filmed it. Part of the dissertation process was showing a selection of rushes; myself and the others who were doing the film as their final project would show them to each other and our tutors for some feedback. At this point, I had a much different plot in mind for You, Me and the Silence, but I haphazardly threw together a kind of trailer to show, which involved the jarring, choppy style. My tutor said it would be interesting if I dropped the smooth flowing plot, to do the whole twenty-minute film as this unhinged, confusing montage, but still with a plot, and said it would either do well, or it would fail entirely. I’m fairly proud to say that it did not fail, and I pulled it off, that was a big achievement for me.

There isn’t a lot I would do differently. Perhaps look at the weather forecast, and go back and organise myself a little better. Still, as a first independent film project, where I directed, wrote, produced and edited the whole thing, I think things had to go wrong, there had to be problems that I got myself out of, and I wouldn’t change that because now I know what I would do in the future. Granted I wasn’t alone, I had a lot of amazing support, but by the end of the day it was my responsibility, and the pitfalls made the final result even more rewarding, and a bonus that I got some life lessons for next time I want to create a film.

You can watch You, Me and the Silence right now as part of Voice's Winter Film Festival. 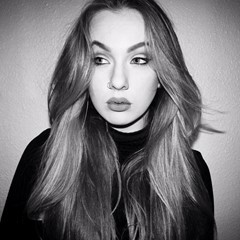 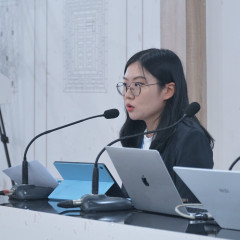