You, Me and the Silence warps a normal-looking world into one of dark and neon colour, and is part of Voice's Winter Film Festival.

Poppy is a twenty-something, average, young woman living in an unnamed town, living out a fairly average life. The truth is her background is unimportant, what she does, where she works is unknown, and always will be. We follow her on a short tangent, enter her world in which she is plagued by guilt, insomnia, and a playful, if not disturbing ghostly presence called Luna, who turns up wherever Poppy finds herself, with fresh tactics on how to unhinge her mind even further. You, Me and the Silence warps a normal-looking world into one of dark and neon colour. Where the cartoon-like cat and mouse chase between these two protagonists are all that matters, the rest of the world seems to be non-existent as these two, battle out their story to the bloody, indefinite end.

Emily White is a Film Studies graduate from Brunel University. White is a filmmaker, editor and writer alongside the thrill of being a full-time waitress. She is currently based in Suffolk, making little short works of film here and there. White loves to create films of any kind, but fiction is her strong suit. Her goal is to travel and combine her ideas with other people’s to produce new things and new works of art to contribute to the ever changing face of cinema. However, if that doesn’t work out, she’ll carry on being a waitress until further notice. 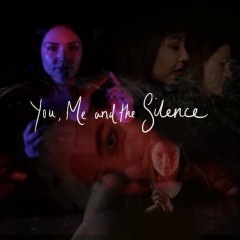 Winter Film Festival: You, Me and the Silence

You, Me and the Silence warps a normal-looking world into one of dark and neon colour, and is part of Voice's Winter Film Festival. 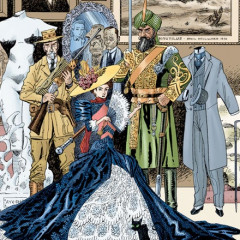 The League of Extraordinary Gentleman: A Review