Launched last year, The Factory Academy is a new training and apprenticeship programme initiated by Manchester International Festival (MIF) and backed by a consortium of leading arts organisations, which will give local people from all backgrounds valuable skills and experience to equip them for careers in the creative industries. It is a key part of the vision to put skills and training opportunities at the heart of The Factory, the new world-class cultural arts space, currently being built in the heart of Manchester, which will be MIF’s permanent home, presenting ambitious work by artists from across the world.

New two-year Creative Venue Technician (CVT) apprenticeships - the first created through the Factory Academy - have been developed in partnership with training providers and arts organisations in the region, offering on-the-job training alongside development and skills training.

Two apprentices have been employed by the Royal Exchange Theatre, one at Manchester Metropolitan University (MMU), one at HOME and another by The Lowry. The apprentices will play an active part in the technical operation of the venues – working on elements, such as lighting, audio and scene changes, and using a variety of tools to make, install and maintain scenery and other equipment.

The Factory Academy has been set up to deliver a range of apprenticeships and training opportunities over the next few years, with the aim of diversifying the workforce in the creative industries, an increasingly important sector for employment and the economy, which is worth more than £100 billion annually. It offers entry level roles that do not require formal further or higher educational qualifications and aims to attract people that might not have previously considered a career in the creative industries. Key targets for recruitment are people not in education or employment and The Factory Academy is piloting new recruitment practices, employment and training pathways that remove some of the traditional barriers.

Four of the current apprentices, alongside 18 other young people, completed an eight week Factory Academy pre-employment traineeship last year. They learned a variety of practical and development skills delivered by The Factory Academy team to equip them to apply for opportunities such as the CVT apprenticeships, as well as attending a three-week work placement hosted by a network of cultural organisations in the city.

Other Factory Academy activity to date has included a pilot Creative Traineeship Programme, which involved seven local young people working in roles such as IT, Digital, Production, Ticketing and Development, leading up to and during MIF19. Subsequently, one of the trainees has been directly employed by MIF, another is working with a Manchester-based arts organisation, whilst one has been recruited locally to a prestigious charity and another has landed a role at a high-profile arts organisation in London.

By the time The Factory opens, the aim is to offer up to 50 apprenticeship opportunities every two years, in a variety of roles, ranging from technical and production to visitor experience and cultural learning, in organisations across Greater Manchester. It will also aim to offer up to 300 pre-employment opportunities for people with educational qualifications no higher than Level 3, so they can develop a variety of valuable skills to help them gain employment in the creative industries. These include classes in Personal and Social Development, IT skills, presenting, time management and basic project management, as well as work experience placements and extra-curricular activities including theatre and gallery visits.

Sir Richard Leese, Leader of Manchester City Council, said: "Providing, skills, training and job opportunities to local people alongside an unrivalled and world class programme of innovative cultural activities is one of the key aims underpinning The Factory.

"The opportunities now being created through The Factory Academy are a taster of what's still to come and demonstrate the positive impact The Factory is already starting to have on people's lives."

Arber Binjaku, CVT apprentice at Manchester Metropolitan University (MMU), said: “When I was told that I had been accepted onto the apprenticeship obviously I was very happy, but you don't really understand that you have become part of something until you really experience it. Yesterday we all went to see a show and that’s when I thought, ‘this is it, this is what I want to do, and I’m here at the start of something.”

Louis Fryman, CVT apprentice at the Royal Exchange Theatre said: “I was quite overwhelmed when I found out I had got onto the apprenticeship. It was something that I had always wanted to do but I hadn’t thought it would be possible for me.”

Jocelyne Underwood, Cultural Skills and Training Director at Manchester International Festival, which set up The Factory Academy, said: “I’m really excited about the journey that these five apprentices are about to go on. We’ve worked for 12 months to develop a curriculum that isn’t an off-the-shelf package. It’s owned by the employers that make up the consortium. It’s owned by The Factory Academy. It’s new. It’s bespoke. They’re going to be the first to experience it and it’s going to be absolutely brilliant.” 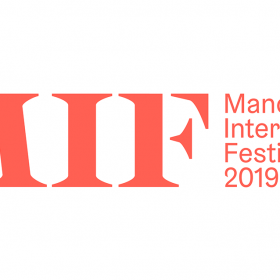 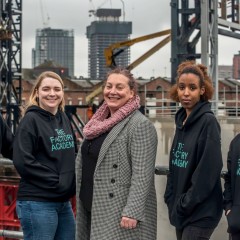