Hello, my name is Amaarah and I’m 18 years old

What is WOW EVERYTHING IS AMAZING about?

It poses a seemingly simple but very important question: ‘will technology be our new god?’

What inspired Sounds Like Chaos to do a show on this topic and of this nature?

Being a youth theatre, we always make shows that are relevant to young people, and technology is something that no other generation has grown up with. It is the most noticeable mainstream advancement and it has changed the way we access the world so our generation has a completely different perspective that some adults might not understand and we think that is an important story to tell.

What potential role do you think technology has in theatre?

Theatre is constantly evolving, from women being allowed on stage, to puppeteers telling stories using socks, to immersive plays; the main goal is to submerge the audience in your world, however you decide. If everything stayed the same all the time, the world would be a very boring place and creativity wouldn't exist because it’s all about finding new ways to do things and tell new stories, which inevitably means how we decide to do this will change.  If we're being honest, the technology probably just wasn't available for that era of 'traditional' theatre but now that it's so easily accessible, why not use it?

Sounds Like Chaos is a Youth Theatre based in Deptford, South London for young people aged 12 to 21. (More info below for full company details).

How long have you been with them?

I joined the company when I was around 13 and have been with them on and off since then (I’m now 18). WOW EVERYTHING IS AMAZING is my third professional performance opportunity with the company. I’ve performed in Phenomena at the Albany, Battersea Arts Centre and the Traverse in Edinburgh, as well as Fire In the Machine at the Albany, Battersea Arts Centre. Since being part of the company I’ve gone on to study Community Arts at the Brit School and facilitated projects for the company and am one of the WOW company apprentices. Through Sounds Like Chaos I’ve had paid opportunities as a performer and facilitator with Camden Youth Theatre, KIT and Lauderdale House. I’m just about to start a traineeship with The Albany Theatre, through Sounds Like Chaos, taking part in the Woodpecker Youth Club to develop my ability to run workshops with young people.

What do you enjoy about performing?

When I'm performing I always feel like I'm providing a service to the audience and I love that. I love having the ability to transport people into a universe outside of their own while talking about things that are important to me.

The main thing I would say is to network. Get yourself out there, build a foundation and never stop trying new things.

Sounds Like Chaos is a radical, political performance project led by Directors Gemma Rowan and Roisin Feeny. Sounds Like Chaos work with young people to create excellent theatre, employment opportunities and pathways into the arts. Our Deptford based company is made up of 13-21 year olds from diverse backgrounds, including 70% BAME, living in areas of high social deprivation, with 25% of all young people living below a basic income.

Over 500 young people have been part of SLC over the past ten years. Members have gone on to gain theatre apprenticeships, study vocational arts degrees, become professional artists and start their own community theatre projects. A recent independent evaluation recorded a 20% increase in creativity and employability among our current participants.

Gemma Rowan and Roisin Feeny started the project in 2008 and the project was initially set up as a drop-in model, responding to a gap in the local theatre offer and the end of New Londoners, a refugee theatre group at the Albany. The project has evolved organically responding to the needs of the participants both creatively and practically. Creatively, Sounds Like Chaos has developed its practice and style by working with what the teenagers bring to the rehearsal room. Sounds Like Chaos are experts in creating performance drawn from the participants and shaped by the artistic team. As the company grew and the members started to mature, Sounds Like Chaos developed an employment programme, offering young people much needed paid opportunities. The aim of this programme is to support the participants into work, and also to support the diversification of the arts industry as a whole. We champion a collegial environment; all Sounds Like Chaos projects have current or ex-company members working on them, and Gemma and Roisin constantly looked for paid opportunities for the company across other areas of their professional work.

The company is an Associate Artist at The Albany, Deptford. We have a ten-year track record, creating over fifteen shows and experiences, performed at the Albany, The Barbican, Battersea Arts Centre (BAC), Traverse, Edinburgh and Southbank Centre. Teenagers are at the centre of how the company works, both creatively and strategically.

Thanks so much to Amaarah for taking the time to do this interview! 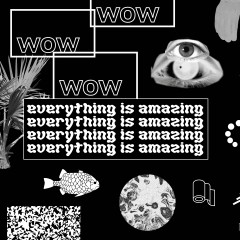