Voice MagBlogsThe absurdity of the…

This year’s Oscars were full of people making history. Black Panther became the first Marvel Studios film to win an Oscar, taking ‘Best Costume Design’ (Ruth E.Carter), ‘Best Production Design’ (Hannah Bleacher and Jay Hart) and ‘Best Score’ (Ludwig Goransson). Even within this, further history was made, with Carter and Bleacher being the first black people to win Oscars in their respective categories. Beyond Black Panther, Mahershala Ali became the second black actor to have more than one Oscar (Denzel Washington being the other) after receiving the ‘Best Supporting Actor’ Oscar for his role in Green Book. Last but by no means least, legendary director Spike Lee only got his first competitive Oscar this year (Best Adapted Screenplay) after 30 years of being snubbed.

In what was perhaps the strangest part of the night was Green Book winning Best Picture. Green Book was formulaic in a category with The Favourite’s masterful manipulation of perspective and Black Panther’s bombacious afro-futurism, even VICE (which I personally didn’t like) tries for something which strays from the norm. Peter Farrelly’s craft in the Best Picture winner was barely serviceable next to that of Cuarón’s in Roma. Green Book went for a milquetoast, outdated and oversimplified idea of racism in a category with the intense political directness and relevancy Blackkklansman.

In fact, even the story which the film tells is centered around the far less interesting Tony ‘Lip’ Vallelonga and has been condemned by the surviving family of Dr.Don Shirley. The completely peculiar and regressive nature of this Best Picture award was furthered by how civil rights legend John Lewis had to present the Oscar to a film which treats racism more like an odd human quirk than a broader system of oppression.

Ultimately, the 91st Academy Awards ceremony felt like a battle between the old and new forces within The Academy. It feels like the wins of Green Book and Bohemian Rhapsody are the last gasp of an older, narrower idea of Oscar winners, fighting against the oncoming wave of more films like Period.End of Sentence, Roma and Blackkkklansman, that all seek to change the landscape of what’s rewarded at the biggest event in the film calendar. There seems to be a sea change coming in favour of the latter, but only time will tell. 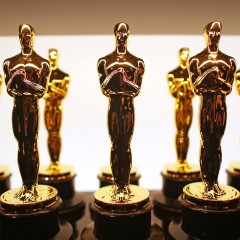 The absurdity of the Oscars