Everyone has come across links to songs and videos online that have been taken down because they allegedly infringe on someone's copyright. It's so common it seems a normal part of online life, if only a minor one. In fact, copyright touches the Internet in deep and dangerous ways, and is failing creators so badly that we need to find something to replace it.

The Internet is a huge digital copying machine. As you send and receive messages, or access social media, copies of files are being made repeatedly as the material is sent across the global network. When you post images or videos – whether made by you, or simply passed on by you – you are making copies.

That's a problem, because the law says everything is covered by copyright the moment it is in a "fixed form" – written down, printed, photographed, recorded, or saved as a computer file. To make a copy of anything covered by copyright – which is practically everything – the law also says you need to have permission from the owner of the copyright. If you don't, you are infringing on their copyright, and can be sued.

Surprisingly, this is not a trivial matter. Back in 2007, John Tehranian, a professor at Southwestern Law School in Los Angeles, calculated that a typical Internet user would be liable for $4.544 billion in potential damages each year as a result of all the unauthorised copying they engage in routinely when they go online. The situation is just as bad today.

Nobody actually gets sued for this amount. But as a matter of law people could be taken to court for sharing music or videos. It's just that in general the law has to be ignored for the Internet to work, and for people to live their digital lives. However, a law that is ignored by everyone all the time is not a good law.

Copyright was designed for a pre-Internet world. Today's copyright has its roots in a law passed in 1710, the Statute of Anne. The basic idea is to give creators control over who can make copies of their work. That's fine when you are dealing with a few physical books, but is completely unworkable when it is applied to digital material like images, music or videos, which are now routinely shared by billions of people, billions of times a day, all without the creator's permission.

This absurd and unworkable level of control over everything on the Internet is justified by the copyright industry on the grounds that it is needed in order to ensure that creators are fairly rewarded. But they aren't. A 2018 survey by the Authors Guild showed that median earnings from book income fell by 50%, from $6,250 in 2009, to $3,100 in 2017. In the music industry, a 2021 UK Parliament report found that performers' incomes average less than the median wage. And while artists struggle, the intermediaries – publishers, music companies, film studios – are enjoying record profits, and their executives are pulling in record salaries, by controlling and exploiting the work of creators.

Copyright is clearly broken. Fortunately, there is an alternative.

It draws on the "true fans" idea first described by Kevin Kelly in 2008. He pointed out that artists don't need millions of fans who from time to time will generally buy their books or music from intermediaries. A few thousand are enough if they pay the money regularly and directly to the artist to support them while new material is being created. That way, instead of the 5% or 10% of the sales they receive today, creators would receive 90% or 95% of the donations up front, allowing for some small transactional costs.

The true fan idea is already well established in the form of general and specialist crowdfunding sites like Patreon, Kickstarter, Bandcamp and Twitch. According to one research report, crowdfunding was already generating $17 billion in 2021. By 2028, the global crowdfunding market is projected to grow to $43 billion. Not all of that will go to creative artists, but the size of the sector means that large amounts can be raised. For example, in 2020 writer and activist Cory Doctorow used Kickstarter to ask his fans to finance an audiobook version of one of his titles. In a month, he collected $267,613.

One of the great things about the true fans idea is that it doesn't need copyright to function. In fact, it is in the interests of artists for their fans to share their work online so as to spread the word, and to find more people willing to become a true fan, and so to start sending money directly, and in advance.

If crowdfunding by true fans became the norm, artists would be in control of their own works and career. They could earn more than the pittance that most receive today, while forming a closer bond with the people that love their work. If the move to crowdfunding saw the abolition of copyright – something unthinkable in the past, but a realistic option in a fan-based cultural economy – it would also remove the absurd threat of being sued for the routine sharing of material online, which hangs over everyone who uses the Internet.

Glyn Moody has been writing about copyright, digital rights and the internet for over 30 years. He is the author of “Walled Culture: How Big Content Uses Technology and the Law to Lock Down Culture and Keep Creators Poor", which can be downloaded as a free ebook from the Walled Culture site. 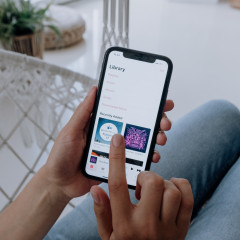 Why copyright is broken, and what we can do about it