Magellan Dissanayaka's submission to the Summer Showcase is a dystopian Sci-Fi piece set in a distant future where untold thousands struggle to survive in a world fundamentally changed by climate change and humanity's never ending pursuit of expansion and greed.

The guns pressed into her chest didn't concern her as much as the large calibre auto rifle jabbing into her temple. The nanofiber material of her flak jacket could take a shot from low-grade pistols even at point blank range, but that rifle was a whole other matter. A smirk spread across her lips. These damn under hivers,  how did they stumble across such a powerful weapon? It was Arbites class weaponry, military-grade. It wouldn't leave much of her if it went off.

"Now tell me, what’s an officer of the Arbites doing in a hole like this?" The voice was gruff. The words were broken up as though they were being transmitted through a broken voice emitter. A hand reached down and jerked Lt Kingsley's head up. She writhed like an enraged beast. These scum would pay for laying their filthy hands upon her. Even with the enhanced strength that her physical augmentations granted her, she couldn't break free of the restraints clamped around her wrists. A towering man limped into view. The right side of his face had been replaced with cybernetics. Low-grade rusty metal was badly implanted into his grey-ashen skin. His hair had been burned away by chemical burns leaving behind a scarred, blistered scalp. A  metallic grill that hummed with electrical energy was fastened over his mouth.

“So you're Draugr," said Lt Kingsley with a snarl. Her face drew back into a venomous leer. "I was going to offer you peace terms. A chance to escape the wrath of the Arbites.” She clucked her tongue as though amused by the thought. "But you’ve written your own demise."

"Please," said Draugr. He shook his head ruefully. "My demise is already written. I cannot," he looked to the scarred faces of the men and women who huddled around him like flies to honey. "We cannot hope to survive against the indomitable will of the Arbites. You are the lap dogs of the corporations as they pollute, toxify and destroy this world. You call yourself an agent of the law, but you’re nothing more than a hired thug."

Lt Kingsley's jaw clenched. "You filthy under hivers. All you do is steal, kill and take from those more fortunate." She watched as a spasm of anger worked down the human half of Draugr's face.

"You call us thieves. Liars. Murderers. Could I not say the same for you? You bludgeon, execute and destroy all those who defy the corporations that destroyed this planet along with our humanity." Draugr spun around; his tattered trench coat flapped behind him. He walked into the centre of the antechamber. Thick iron pipes rose up beside him like tendrils of the Great Kraken from the ancient folklore of Terra Primus' history— before the planet's oceans had been boiled up in the relentless pursuit of human expansion.

Lt Kingsley stared towards the dark, twisted maze of metal built into the planet's crust. It never ceased to amaze her that in the darkest, harshest environments of the world, humans could scavenge out an existence. They were like vermin. They would infest every nook and cranny of society until, one day, they would burst forth from the sewers. To her right, a series of hushed whispers drew her attention. The crowd of dishevelled inhabitants scuttled aside as four heavily augmented men trudged into the chamber. In their hands was a strange, spiked device the size of a small car. On its front was a panel of buttons that shone with crimson. There was only one conclusion she could draw. It was a cyclonic bomb.

Draugr turned to look at her. His left eye softened. He reached up and unfastened a series of clasps around the grate around his mouth. With a hiss, he pulled it free to reveal a cavernous hole. His lips had long since burned away. “What choice do I have?" he said. His voice hardened like steel. "Look what they did to me!" he pointed to the sky." Look what they continue to do to us! Our children are born with ravaging cancers. Mutants feast on our bones. Chemicals burn our skin. And for what!" he scratched at the hole in his face with blackened fingertips. "Because we believed in freedom! Because we sought to define our own future. Because we sought to be... human."

Draugr limped towards her. He motioned to the men pointing guns at her to withdraw. They nodded reluctantly and retreated. A grimace flashed across his features as he knelt in front of her. "I know you, Lt. You were one of us. An outcast, banished from the benign grace of society.

Lt Kingsley snarled. "I dragged myself up out of that hell. I became what I was meant to be. An agent of the law." Inside her skull, there was a faint chirping. Her tracker was finally receiving. A squad of Arbites would be here within fifteen minutes. She had activated the homing beacon as soon as these wretches had chained her. Her message input: hostiles active, execute with extreme prejudice.

Draugr reached out and touched her bionic eye. The augment whirred like an angered hornet. "We are not so different, you and I," he said with an edge of sadness. "Born of the street, raised in the dark. I am a facilitator of chaos, and you're an agent of control."

"You would condemn millions to death if you let off that bomb," she snarled.

"Alas, a necessary sacrifice. I will lament their deaths as I will yours. But revolution cannot happen," he sucked in a sharp hiss, "without sacrifice. This bomb is a symbol. A symbol of hope."

"You're mad! How can an instrument of death be a symbol? The nuclear radiation will pollute this land. You will damn entire generations of children."

Draugr turned to face his people. Their sad, sullen faces told him everything he needed to know.

"Have they not done the same to us?

The power of the written word underpins human civilisations. Words, sentences and subsequently stories have the ability to move, inspire and change us as human beings. It is no wonder that Plato said “Those who tell stories rule society.” To imagine is to dream and as a writer I just wish to share stories with those who might find enjoyment within my work and tell the stories that matter to me.

I learned to write just from reading a lot of books growing up, I have self taught for the most part and have studied writing academically to mixed levels of success. It's a culmination of these experiences and the challenges and set backs that teach you the most about yourself as an individual but also as a writer.

Write. Write and write some more. Good writing can't be conjured out of thin air. You have to find an idea you love and just write the damn story and keep going. The skills will develop as long as you keep to a steady writing routine and you keep pushing forward. 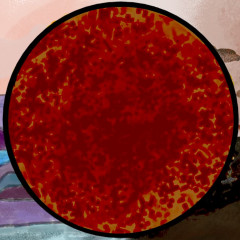 Magellan Dissanayaka's submission to the Summer Showcase is a dystopian Sci-Fi piece set in a distant future where untold thousands struggle to survive in a world fundamentally changed by climate change and humanity's never ending pursuit of expansion and greed.