With a heatwave upon us in the UK this week, I’ve found myself reaching for one of my go-to summer records, Jungle – the self-titled debut album from London-based duo, Jungle.

Comprised of Josh Lloyd-Watson and Tom McFarland who teamed up to form the electronic music project in 2013, Jungle released this stunning debut just a year later in 2014 under XL recordings. The album immediately hit the charts, reaching 7th position in the UK Official Charts and selling over 100,000 copies nationwide.

The immediate success of the record may be attributed to the second single from the album, Busy Earnin’. The track, which appears third on the tracklisting, certified silver and is making waves in the UK Indie Charts.

The success behind the record is definitely warranted. A warm, feel-good collection of tracks that make you want to move and dance from start to finish, the two-piece did an excellent job of creating a cohesive and flowing body of work. As a self-produced record, you can definitely tell that the boys agonised over the finer details, as the sound is distinctively clear, and each note, beat or sample has been laid down with meticulous care for the craft.

Relaxed, progressive, and easy going, I completely understand the reason that I reach for this as a summer record. Not too heavy for the warmest of days, but with falsettos and beats reminiscent of a summer’s breeze, this is one guaranteed to soundtrack your summer memories no matter what the activity. Lying in a field? Great, Lucky I Got What I Want will accompany you nicely. Driving down the motorway with the sunlight splashing off of the bonnet? Not to worry, Julia will keep the journey fresh and upbeat. Who could, of course, forget Lemonade Lake — the perfect waterside companion; whether you’re lounging by the pool or paddling in the sea at the beach, Jungle is bound to provide the holiday vibes that us Brits find ourselves reaching for year-round.

Jungle really paved the way for the band’s sound, with their second and third albums following suit to be equally enjoyable and impressive. Translating live, it proves to be even more of an memorable experience than the studio version, with the two members expanding to seven for their performances. The band commented on this decision, stating that they wanted to challenge themselves and resist the urge to simply reproduce their signature sound through a laptop. In an interview with Complex, the pair said that the endeavour was about “honesty… true connection and friendship. It's about being in a collective and collective energy… a team spirit.”. This absolutely rings true with their live shows, as each and every one of the touring members always looks infectiously happy and as if they’re having the best time on stage with their favourite people. They’re definitely one of the most fun bands to watch live, and I imagine particularly at festivals in sun-drenched settings.

With easy going lyrics and electronic beats that nicely complement the synth-driven songs on Jungle, it’s definitely an album that I recommend for the season. It absolutely stands the test of time, and cemented Jungle’s legacy in the electronic and dance music scene. The band are carving the path for similar artists to follow, setting a prime example of how the genre can see more of a complex live setup, and providing infinitely happy vibes along the way. 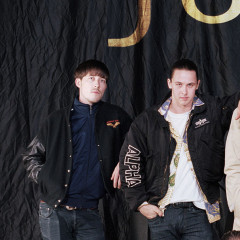