This trailer is about a soon to be university student studying 'Demonology' in order to contact his deceased brother of 3 years. In doing so, he unleashes a force which consumes him and takes over.

I used my innovative techniques in order to make this trailer as cinematic as i possibly could. I filmed using a Canon D550D which pushed my production passed the limits which i expected. The filming took at least 4 weeks with of course minor setbacks such as actors falling out and locations mishaps. This however was taught at the BFI by Pip Piper as he told us that nothing always goes according to plan. This advice was very crucial as the prophetic word of Pip Piper opened my eyes and showed me that as a Director and Producer, you need to be prepared for anything that will push your production back.

Editing was always my favourite aspect of filming as I could manipulate all sorts of effects to the clips and create a product near a professional level. This can be shown withe BTS footage which is annotated within the trailer as you can see how much fun it was filming but how it can be manipulated in the post production to give that cinematic look.

I am hoping in the future to create many more projects which I shall share among my fellow peers in order to grow my expertise in film production. 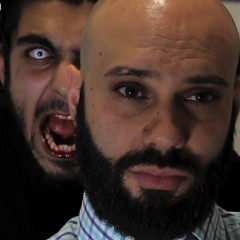