Voice MagBlogs2016: Looking at the…

With 2015 staunchly in the rearview mirror, it's time to turn back round and focus on the road ahead.

Well, 2015 was a bit of a mixed year, no? On one hand, I graduated with a First. On the other, the Conservatives won a majority. I got accepted to do a Masters course. Donald Trump becomes a serious contender for President of the United States. Voice gets a beautiful rebuild, on a flexible platform that lets us do what we want. Rebekah Brooks gets rehired. The list just goes on…

If you missed the big news of last year, a handy article summarising everything is available to look at on Voice. One thing missed off the that list was that 2015 ended in the death of Motörhead frontman, Ian 'Lemmy' Kilmister. As far as things go, not a great way to say auf wiedersehen.

This being said, 2016 hasn't exactly got off to the most amazing of starts. In the course of just over a week, we have lost David Bowie and Alan Rickman. As I write this I hear that Glen Frey of the Eagles is dead too. They are literally dropping like flies. I find myself barely resisting the urge to Google Rupert Murdoch, but I wouldn't presume to be so fortunate.

One could be forgiven for not holding much optimism for this year, given its pretty weak start. However, there is plenty to look forward to, and some things which, if not exciting, pose to be at least interesting to analyse.

First, I'll give a platform to my inner fanboy. This year is going to be AMAZING for films. Captain America: Civil War. Suicide Squad. Batman V Superman. Doctor Strange. Huge, blockbuster cinema films, and all of them are comic books. Although that in itself is not unusual, what is is the offering from DC. It wouldn't be unfair to say that everything DC has released that hasn't been directed by Christopher Nolan has been a bit flakey, but this year really looks to change all of that.

It isn't all comic book films though, and Idriss has already cast his eye forwards to pull out some of the best stuff coming out this year.

Netflix is due to have a bumper year. Already they have announced that they are investing more than ever into original programming with the fourth season of both House of Cards and Orange is the New Black being released 4th March and 17th June respectively. March will also bring us a new season of Daredevil. For those of you who haven't watched it already, I highly recommend that you do. Jessica Jones has been renewed for a second season, and her on/off lover Luke Cage will have his own show debuted in April.

But let's not just focus on the new entertainment medium. Traditional television still has its place, and that is set to have an interesting year too.

Top Gear will be making a return under the helm of Chris Evans, while the former presenters will be debuting their new show on Amazon Prime. Little is known about either show yet, but I personally will be watching both to see how they differ.

Speaking of the BBC, with their Charter up for renewal, and a Government who historically is seen to be somewhat negative towards the publicly funded broadcaster, 2016 might prove to be a challenging year. Some of the changes the BBC will be undertaking have been written about before so not all of it should come as a shock. It does feel like the BBC are constantly just one disaster away from a full out crisis. I hope they hold it together though, I genuinely believe the institute is a pillar of society.

Reflecting inwards, I know that the Voice team has a load of fantastic things lined up for you this year. In addition to updates and changes to the website, we will be jazzing up the editorial schedule, providing more of the things you love, and reducing the stuff that maybe doesn't work so well. We will once more be hitting up festivals all over the UK, including my personal marmite event - Edinburgh Festival Fringe.

2016 is likely to be my last year in formal education too. After 19 years I will finally be set loose, required to find my own way, make a living, and generally try to be a good human. Needless to say, I'm scared. I know that many of you will be in a similar boat, or have maybe already made the jump, and I would genuinely love to hear about you deal(t) with it.

Finally, and this is the little boy inside me calling out - I am seriously hyped for the release of Yooka-Laylee, the Kickstarter funded game by many of the ex-Rare developers. Fun fact - they made one of my favourite games of all time, Banjo-Kazooie, and YL is meant to very much capture the essence of that. Hopefully it won't be a case of nostalgia goggles falling down.

2016 has started bad. It certainly isn't going to all be roses from here on in. But that makes it more important than ever to identify what will make you happy, and focus on it. 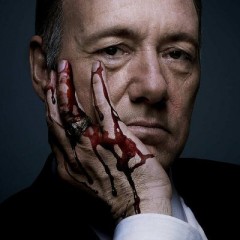 With 2015 staunchly in the rearview mirror, it's time to turn back round and focus on the road ahead.