Voice MagBlogsMusic can change you…

If you've read any of my posts, you will recognise that I'm a huge music head. I've mainly focused on Hip Hop and Rap, but they are far from the only genres that I listen to. I listen to many different genres of music. Music has had a huge effect on my life in general, and has helped me through some pretty difficult times. Music can has an effect on all of us - it goes way beyond sound, it resonates somewhere deeper. What would the world be without music?

I can't tell you when Music began. To be honest, there aren't many people who can tell you that. However, it is evident that music has been around for a substantial amount of time. There have even been cave paintings discovered where people are illustrated dancing. Dancing is usually a result of music. This isn't always the case of course, but most of the time it is.

Unless you're avoiding it, you will hear some form of music everyday. Music is everywhere. The power music has over the world is incredible and the integration of social media has only made that power even greater. Take a song such as PSY's Gangnam Style. Out of nowhere, this song became YouTube's first to hit 2 Billions views. This happened in an extremely short time frame and earned the artist millions. We're still stuck with the dance four years later.

I am not trying to glorify money and fame, I'm trying to emphasize how powerful music is in modern times. It's more powerful than ever, and has the ability to do so much. Studies have linked music as a cure for depression and an inspiration for increased creativity. One study discovered that music can soothe emergency room patients (JAMA Paediatrics, July, 2013).

From personal experience, I can tell you that music can certainly have an amazing effect on your emotions. I'm sure I'm not the only person who can say that either. This effect may be good or bad - sometimes it can bring joy, sometimes sadness, heartbreak, anger - but its power cannot be ignored. This is truly amazing when you consider how prevelant depression is in our society. Just hearing lyrics that we can identify with can bring a mood altering feeling. Listening to a sad song with powerful, relatable lyrics can make somebody feel very emotional, but the familiarity with the lyrics can bring a sense of comfort to the listener.

'The Mozart Effect' is a term indicating that Mozart's music can have an effect on the brain and allow us to perform tasks better. Multiple studies have supported this in the past, some aren't so sure! It is agreed that music can inspire creativity, but it's not only Mozart's music that can do this. Pretty much any music that you enjoy can have that effect. I know for certain that music inspires creativity for me and has been a key component to a lot of content that I have produced.

Overall, it it obvious that music does much more than just 'sound good'. Music has a huge effect on us as humans, and as research continues, we will discover what else music is capable of. Music makes people happier by the day and inspires people to create new things. If we took music away completely, the effects would be devastating. So let's appreciate what we have!

Studying right now? Give the Mozart Effect a test... 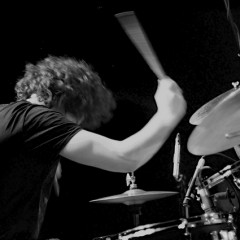 Music can change your world - and your mind