Future's work-rate has been absolutely through the roof over the past few years. This is his fifth solo release within the past year, and he certainly hasn't been lacking on content. However, this mixtape seemed to have a very strong start, and declined as it went along.

Let's have a look at the parts of the mixtape that stood out:

PROJECT ET INTRO (Prod By DJ Esco) - The tape had a powerful start. With the inclusion of interviews and Extraterrestrial theories, and it eventually turned into a spin on DJ Esco's name - 'Escoterrestrial'. I was very impressed with how the Intro was put together, because it was unique. Intro's to mixtape's these days are way too similar, but this was something entirely different.

CHECK ON ME (Prod By DJ Esco) - This one really caught my attention. Esco hit the jackpot production wise. In my opinion, Future's strongest point was on this track. When I heard how good the production was, and how strong Future sounded on the very first track, I was expecting some serious stuff as the mixtape continued..

RIGHT NOW ( Prod By DJ Esco) - This wasn't exactly terrible, but there was a major difference in quality between this track and the previous one. The production levels had clearly decreased, and Future was beginning to seem tired. I didn't see this happening at all. At least not so early on.

100it RACKS Feat Drake, 2Chainz, Future - I won't lie. This woke me up again. Not only was the production amazing, but there was some variety on the tape! The addition of Drake and 2 Chainz added another dimension to the mixtape, and it was much needed at this point.

To be completely honest, I wasn't a fan of the rest of the mixtape. The addition of Metro Boomin added another style of producing, which did help, but it wasn't enough to save it for me. I feel that the mixtape had much more potential than it actually lived up to, and really lacked consistency of quality throughout the album.

If you're a fellow fan of Trap Music, I'd still recommend you listen to it though. You may enjoy it! I'm gonna give it a few more listens, and see if 'grows on me'. Who knows! 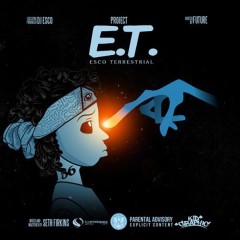