Alan Turing, often referred to as the ‘Father of Computers’, was the British mathematician responsible for creating the foundation for all artificial intelligence and computer science. In 1940 he created the ‘Bombe’, an electro-mechanical cryptology device used to decipher machine encrypted German codes during World War II. This groundbreaking composition of technology, according to military historians, saved an estimated two million lives during the war.

Whilst reporting a burglary to his property in 1952, Alan was investigated on suspicion of being a homosexual and tried for gross indecency. On the advice of the council, he pled guilty by way of a five-page statement and was convicted in March the same year. Turing was given only two choices following this: imprisonment or two years of chemical castration and hormone treatments. Opting to undergo chemical castration so he would be able to continue his work, he would soon realise the impossibility of recommencing his service. Immediately following the trial, he lost his security clearance. The hormone treatments took such a toll on his body that he couldn’t continue his research or travel outside of the country.

On June 7, 1954, Turing’s cleaner found his body at his home in Manchester next to a half-eaten apple, later found to be doused with cyanide. The coroner ruled a suicide by cyanide poisoning, but this was soon disputed by Turing’s mother, who claimed it to be an accident.

The British government only took steps towards decriminalising homosexuality in 1967, 13 years after Turing’s cremation. The Sexual Offences Act legalised homosexual acts in England and Wales, but this didn’t put an end to the discrimination, police brutality or abuse from the public towards homosexuals.

In 2009 responding to a petition of thirty thousand signatures, Prime Minister Gordon Brown apologised on behalf of the British government for the treatment of Alan Turing in a momentous statement for the gay community.

Three years later, however, Lib Dem peer Lord Sharkey was unsuccessful in lobbying parliament to pardon Alan Turing for his ‘offenses’. The rejection of pardon was enough to send waves through both the LGBTQ+ community and the computer science community, enough for America’s leading mathematician Dennis Hejhal to call for “an appropriate hullabaloo” in the UK. It then took only two months for Lord Sharkey to introduce a bill proposing an amendment to the policing and crimes bill.

As a result, in 2017, the UK government announced an amnesty law, pardoning all other men convicted of abolished sex offences across England and wales. This came to be known as the Turing law. The Turing law has since posthumously pardoned over forty-nine thousand men for consensual same-sex relationships. Some still refuse to accept the pardon, such as WWII veteran George Montague who says accepting a pardon would be “an admission of guilt”.

Despite this, an evident sense of hope and relief for Alan Turing seems to be shared amongst the LGBTQ community. Alan, during his lifetime, received thanks in the form of persecution from the nation he saved. This law gives Alan the recognition and credit he so profoundly deserved.

In the words of MP John Leech, co-sponsor of the bill, Turing “was a hero. It’s as simple as that. And no one should treat heroes like this”. 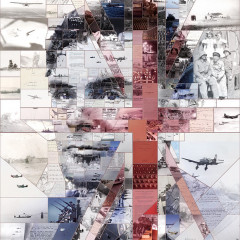 The life of Alan Turing