Set in a new, fantasy, Norse mythology-inspired world is God of War, an

in 2005 on the playstation 2 video game console.

God of War is a game filled with emotions, and violent bloody action.

It starts off with Kratos (The god of war) burying his wife and the mother of his son,

Atreus, as the two mourn over the loss of their wife and mother, they set off on a

quest to fulfill her final wishes. One of the big things this game focuses its attention

on is the bond between father and son, Kratos’ relationship with his young son

Atreus. Throughout this game you will see Kratos parenting and training his son to

survive as they fight through monster after monster to get to their destination. In all

you get to fight alongside them.

the past. When the game begins we immediately see a changed man. From a

bloodthirsty, enraged psychopath, to a conflicted father who trains and protects his

son no matter what.

Playing this game I noticed that unless you die it never cuts once, from the title

screen to the ending credits. It increases the sensitivity of the scale when fighting

huge enemies, but it also made me empathize with Kratos, at the most intense and

heartbreaking points of the game, where the camera focuses, makes you feel like

you're right beside him.

Overall the graphics were amazing, you could see every little detail in the environment

show that he has aged and as a person has changed. The graphics play a big part in

video games because they help to show the characters facial expression. For

example, you can see that Kratos is always grumpy and never smiles, but then you

because he is still just a kid.

Kratos’ signature weapon in this game is the leviathan axe, an axe much like Thor's

hammer mjolnir, and his axe Stormbreaker, where he can throw it and be able to recall

it back to him. This being one of the greatest weapons I have used in any game I have

played. The pleasant sound of the axe makes it so satisfying to use as you throw it at

wind. Even many throws later, you never get used to it. Throughout the game you will

find many combinations for yourself to fight with being either, combos with or without

the axe, parrying with the shield or assisting with atreus, makes every battle worth the

something new. The bigger enemies give you an amazing fight, but the enemies of the

similar size to Kratos, I personally think give of the best fights, allowing you to use

more of your combos and skills you have unlocked, and also giving you the chance to

have the satisfying feeling of parrying just before the enemy can get a touch on you.

One thing I think we didn’t get to see enough of is the main antagonist, Baldur. This

the game would have been great for the story, but overall he did get his time in the

game and it made the story great and the fight scenes amazing. 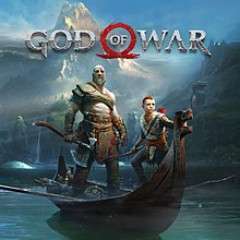 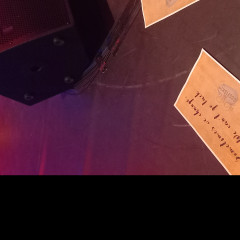