A dark, dry and hilarious show which has absolutely nothing to do with dogs

If you go and see Tania Edwards expecting dog-related humour, you probably still won’t be disappointed even though there is absolutely none of that in the show. Instead, Edwards focuses on her marriage and baby, making brilliantly dark jokes that you might feel slightly guilty for finding funny, but won't be able to resist laughing at.

The show feels like a tour through Edwards’ brain, as she randomly interrupts herself mid-sentence to tell an anecdote about screaming at her pilates instructor or comment on the ‘disgusting’ nature of the happily married couple in the front row who have been together for 25 years and for some unfathomable reason are still touching. It is clearly a well constructed show, however, without a single lag between laughs.

I think part of the reason the audience love Edwards so much is that she is so on the line of being too outrageous, but never completely crosses it. Her jokes about her Indian-Irish husband are always on the cusp of unacceptable, but she somehow manages to always make them land on the side of absolutely hysterical instead. She shows a rare talent in this regard, keeping the audience on her side despite the dark and sometimes shocking material.

Edwards’ material might not be based on anything new or revolutionary, but her style and delivery are different and exciting, and I think she’s got great things coming her way. Or, at least, I hope she does!

Tania Edwards: Not My Dog is on at 15:15 at Just the Tonic at The Mash House until August 26th, excluding the 13th. For more information and to purchase tickets, visit theEdFringe website. 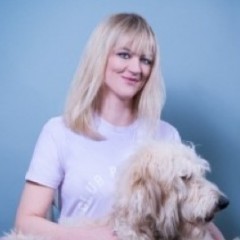 Tania Edwards: Not My Dog

A dark, dry and hilarious show which has absolutely nothing to do with dogs