Zoo is based on the hurricane that hit Miami last year and how a zookeeper reacted. Trying to keep the animals she loves safe and calm, Bonnie fights through the storm, talking to the body camera given to her by the film crew who interviewed her hours before as a way to see what her preparations entail. Thousands of miles away in North Yorkshire, Carol tries to teach a class of children about bats.

We see glimpses of their friendship evolve through stories from Bonnie and a series of flashbacks. The similarities and differences between them are evident, as are the influence they have on one another. When the impact of the events of the hurricane hit Carol, we watch her struggle to interact with others in an attempt to deal with her emotions.

Both actors are excellent in their roles, and there’s a good blend of humour and sadness through the piece. The transition from Bonnie’s story to Carol’s feels a little clunky, and I really didn't like how Carol narrates her story as it happens. It felt very artificial to me, which was a shame, as the emotions feel so genuine.

This is a heartwarming play with an intriguing premise and is an enjoyable hour.

Zoo is on at 11:00 at Assembly George Square Studios until August 26th, excluding the 13th and 20th. For more information and to purchase tickets, visit the EdFringe website. 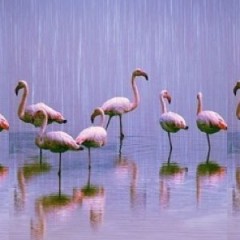