Voice MagReviewsNarcissist in the Mi…

An intriguing mish-mash of energetic dialogue and spoken word portrays this often amusing story of an unreliable narcissist who just doesn’t know themselves as well as they think they do.

Narcissist in the mirror tells the story a starving artist type, who is disillusioned by the world around her and trying to make sense if it all. Structured as an imaginary conversation with an expensive physiologist, we learn about the identity of this women through her own, unreliable eyes. Writer and performer Rosie Fleeshman certainly brings energy to the room, managing to sustain a one-hour solo show with enough vigour to carry the audience. The show featured a superb pace with the use a traditional poetry show structure, interweaving thematically linked spoken word poetry with scenes of entertaining dialogue. Subtle rhyme often bled into the moments of dialogue too, keeping the spoken word essence of the show flowing.

There as a half felt attempt at audience participation – dragging members of the audience out to act as stand-in bodies for the male forms the character is meeting. But with no role or movement for the audience member to do the novelty of this soon wears off. It would have benefitted from a more integrated use of audience participating. The individual spoken word pieces were well delivered and often had the audience laughing along as each poem explored themes such as feminism, dating on tinder, grammar and more. But, overall, I found myself craving more of a theme or storyline to tie these pieces together. The show gets away with grouping these poems into a collection because of the initial premise - that we’re just listening to a women rant about her life - but it could have done with more of a focus to feel like a fully rounded show.

The energy of performer Fleeshman, however, is what kept this show alive and invigorating. There’s obviously a lot of talent on display here, from acting to writing, and Rosie Fleeshman definitely one to watch.

Written and performed by Rosie Fleeshman

Find out more and get tickets: https://tickets.edfringe.com/whats-on/narcissist-in-the-mirror 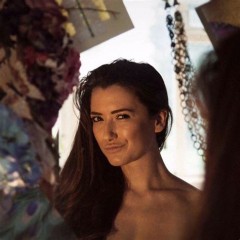 Narcissist in the Mirror

An intriguing mish-mash of energetic dialogue and spoken word portrays this often amusing story of an unreliable narcissist who just doesn’t know themselves as well as they think they do.