Space Doctor is an eccentric time-travelling alien who saves the the world from ever-impending disaster. Sounds familiar? As you may've already guessed, this is a parody of the BBC series Doctor Who.

The play begins with a die-hard Space Doctor fan, who informs us that Space Doctor is the original screenplay on which Doctor Who is based, however due to abysmal reviews it was axed after 1 episode. As it turns out the Space Doctor is a real person, whose arch-nemesis stole the script, went back in time and re-sold it as Doctor Who. Almost believable.

In this farcical parody the Space Doctor travels time in a Port-a-Loo: referred to as the “Tard-isnt”, has dance-offs with Macarena-dancing robots and discovers that Henry VIII was gay and in love with a man called Stan Boleyn. This outrageous pastiche style is very reminiscent of the Austin Powers film series, with just as colourful costumes to match.

The script was well-written with many cringe-worthy jokes and a surprisingly intricate plot. It even had its own theme tune; these extra features, along with the pre-filmed content, added depth and dimension to the story. Furthermore, intertextual references to other cult classics such as Dirty Dancing are mocked beautifully.

Though the concept and script were strong this play was held back by its execution; the stage was small and the performance appeared frantic and messy. There was a lot of screeching and rushing about that felt a little too intense and as the play took place in a temporary theatre this resulted in the whole building shaking from all the movement on stage.

This play is very much aimed at a Doctor Who fanbase, if you have not seen the show then you might miss out on many of the punchlines. Overall, judging from the smirks on the audiences faces, the play seemed to have the desired effect. With a little more work on the delivery and performative elements Space Doctor would surely make a riotous show. 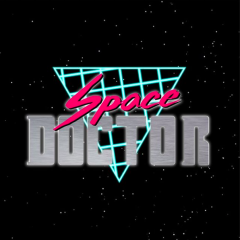 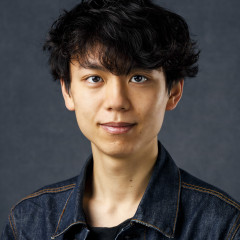