With an incredible voice and a knack for impressions, Robinson is set up perfectly for a completely mind-blowing show. The opening number, 'I'm Every Woman', is fabulous, featuring uncannily accurate impressions of female pop stars including Shakira, Britney Spears and Nicki Minaj. You know who it is instantly and she even gets the facial expressions and gestures spot on.

The fact that she can pull off both Missy Elliott and Catherine Jenkins just highlights Robinson's skill, and she commands the room easily with her powerful voice. She has great chemistry with her band and mocks herself constantly, creating a fun and inclusive atmosphere.

The audience gets involved early on, choosing voices from her 'hatstand of inspiration', although later audience participation involving an Angel Delight eating contest is…bizarre, to say the least. Like much of the material in between songs it felt superfluous and perhaps wasn't quite as funny as it was intended to be. The impressions are the most impressive and enjoyable aspect of the show, without a doubt.

And yet, some of the impressions fall slightly short of being perfect. On a few too many occasions I found myself wondering who, exactly, she was meant to be, and her 'Man Lever' didn't actually help her sound like male celebrities at all. I was mildly disappointed, as she has a reputation for impressions and not all of them lived up to expectations.

Her closing number, however, much like the opening one, absolutely blew me away. It is when she is just singing and doing the impressions she's really nailed that she's at her best. If the entire show were that, she'd have an absolutely masterpiece on her hands.

Jess Robinson: Unravelled is at Underbelly, George Square at 19:00 until August 27th, excluding the 14th and 21st. For more information and to purchase tickets, please visit the EdFringe website. 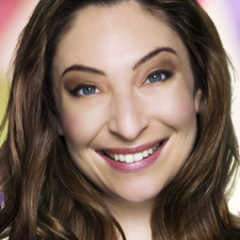