Hugh Hughes delivers a slightly strange but endearing narrative in this one-man show, in which he explains an eventful week in his life. He engaged well with the audience at the beginning with an amusing introduction, although I felt he lost a little of that personal touch as the show went on.

The narrative itself is an interesting one, with both vaguely amusing and poignant moments. The delivery was, however, slightly forced in my opinion, in that I could tell it had clearly been scripted, memorised and was being recited. Not without feeling - there were some emotional moments - but the emotions themselves felt scripted too. This was the real downfall, for me: I didn't connect with Hughes on the level I wanted to - and the way in which the narrative had the potential to - because I almost didn't believe he was genuine. This is a real shame because I think he is genuine, but the whole thing felt too much like a performance, when I think it might work better delivered in a more colloquial manner. Of course, I'm not saying it shouldn't be scripted, just that Hughes' delivery could be slightly less rehearsed.

Despite this, Hughes' intention is noble and I did enjoy the storyline as the strangeness of the plot increased. Hughes is doing his own sound, which made the performance a little stilted as he paused often to play the next piece of music, and the music itself seemed often superfluous, although it was occasionally used in a very amusing way. The underlying message about the refugee crisis is poignant and the fact that the show is collecting money for charity reflects its content well, and Hughes definitely made the audience want to donate. In that sense, I felt he was successful.

I enjoyed the show but overall I feel it needs to be more personal and less polished to really connect with the audience in the way the best performers do.

The Duke is on at Pleasance Courtyard at 2pm until August 27th, excluding the 15th and 22nd. More information and tickets are available at the EdFringe website. 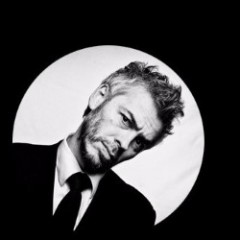