Bringing the high-production values and glamorous flamboyant style to the Edinburgh Fringe is the musical tale by Dolly Parton, placing women at the top spot in a time where they were still second to men.

As soon as I sat in my seat, I was treated to a bonanza of booming harmonies, cheeky laughter, a flurry of lights, and a sprinkle of female empowerment. 9 to 5 is a Grammy and Tony award-winning musical exploring the tale of three like-minded and strong women overpowering their sexist misogynistic bigoted boss.

Featuring original songs (written by Dolly Parton of course) like "Backwards Barbie" and "Shine Like the Sun" as well as the iconic 1980s hit "9 to 5", the concoction of dancing, singing, bright lights, theatrical performers and a sprinkle of glamour really launched the musical into our faces. The story follows three different women from different backgrounds - a single mother, an introvert and recent divorcee, and a brainy and expressive young lady from Texas - who get fed up with the constant sexism and discrimination, and in a true musical fashion, they unite and stand up for who they are.

Whilst at first the plot felt a little bit generic for me, it proved me wrong as it developed into a fun and enjoyable experience. The acting was also exceptional - the accents were spot on, the choreography was as camp as it could be. The musical numbers boasted perfect harmonies and wonderful vocals, which was enough to get the audiences singing along at times. If you're a Dolly Parton fanatic and have a love for musicals, then head on down!

9 to 5 is performing at Assembly Halls at 11:30. The show is 2hrs30 mins long. Tickets and more information can be found on the EdFringe website. 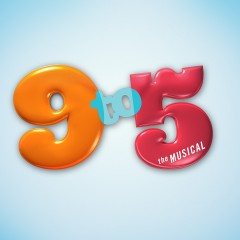 Bringing the high-production values and glamorous flamboyant style to the Edinburgh Fringe is the musical tale by Dolly Parton, placing women at the top spot in a time where they were still second to men.